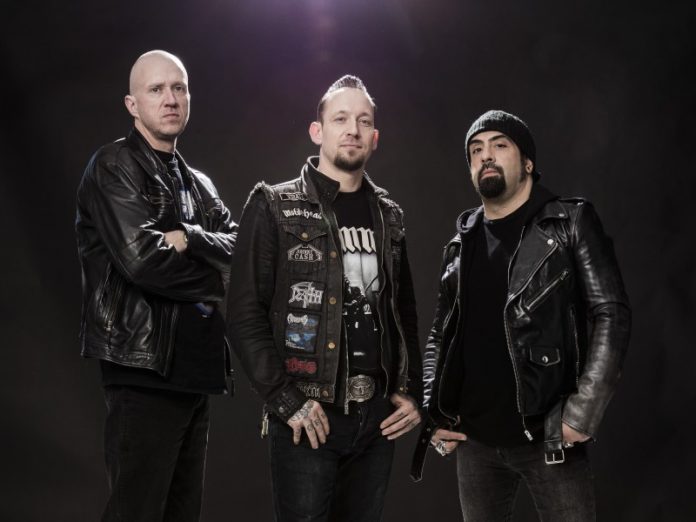 VOLBEAT reveal the details for their anxiously awaited sixth full-length album, Seal the Deal & Let’s Boogie available June 3rd. Multi-platinum selling Danish hard rock outfit uncork the first single The Devil’s Bleeding Crown and announce the pre-order for the album today. Fans who pre-order the album will receive an instant download of the first single. Pre-order the album and check out the single’s lyric video here.

The Devil’s Bleeding Crown pairs a galloping guitar riff with propulsive thrashed-out grooves. The band performed it only once in entirety last summer in Odense, Denmark and had fans waiting for more. The track quickly builds into an anthemic refrain meant to be chanted at festivals worldwide. It’s classic VOLBEAT through and through.

Earlier this week the band teased album details to their dedicated fans by creating an online treasure hunt. Clues for the album title were left in streaming playlists, listed on their social media channels, and in the Rebels & Angels community forum. Once fans uncovered the words from the album title, they entered those words on the Volbeat website to reveal the characters from the album cover art which also unlocked the album pre-order. They also unveiled a video teaser for the album. Check out the teaser here!

On the new album, “After months writing and recording, we’re thrilled to finally be able to unleash Seal the Deal & Let’s Boogie into the world,” says lead singer Michael Poulsen. “Play it loud!” 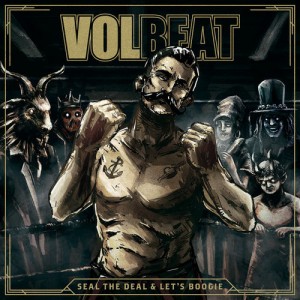 VOLBEAT emerged from Copenhagen in 2001. Since then, they’ve tirelessly clawed their way to hard rock’s upper echelon with endless touring and a string of five beloved full-length albums. Recently, their 2010 album Beyond Hell/Above Heavenhas sold more than 1.5 million and featured hit single “A Warrior’s Call” and adds the band’s 8 Top 5 singles at Active Rock with 5 number ones! 2013’s Outlaw Gentlemen & Shady Ladies bowed at #9 on the Billboard Top 200 upon release and it spawned the GRAMMY Award nominated “Room 24” [featuring King Diamond]. It received Platinum Certifications in Austria, Denmark, Germany and Gold in Canada, Finland, Switzerland and USA. Volbeat has announced their summer 2016 tour which includes headlining Rock Am Ring. The band has sold in excess 3.5 million records worldwide.

^ With Metallica and Avenged Sevenfold