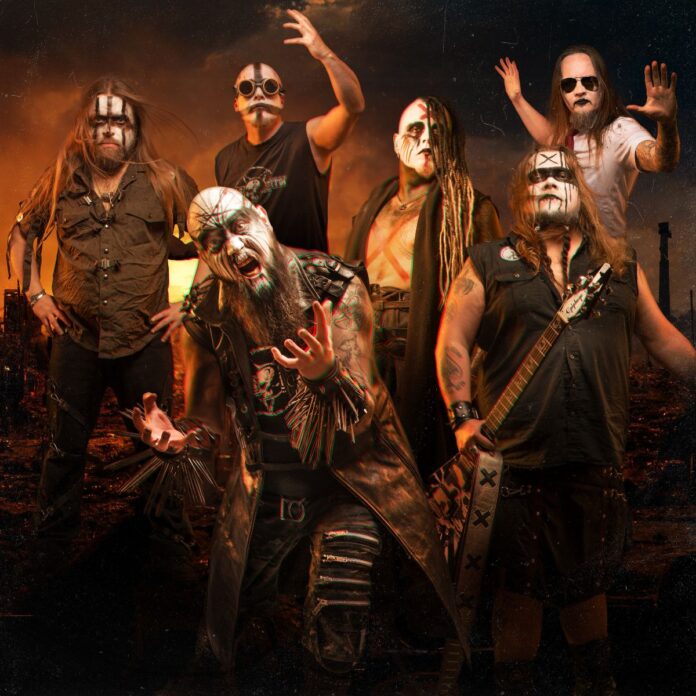 To mark the announcement the band have released the video for the album’s first single, the thumping industrial metal anthem ‘Isä Meidän’.

Watch the video for ‘Isä Meidän’ now at:

In regards to the new single, the band comments:

“The body of the song was born in one night. You could feel the danger in the song, and dangerous it became. The tunes followed each other until I noticed that five hours had passed after the last chord died. The song became a pleasant stimulus for my brain. It goes from black metal moods to brisk metal rave hypnosis, without forgetting the delicate middle parts and big chorus. With the right equipment, the pace can be deadly.” – MC Raaka Pee

“I don’t really know what I would embellish, or even explain about Isä Meidän. I wrote straight and direct words that hardly leave any questions. I didn’t want to beat around the bushes. We are all someone’s children. But too often somewhere in life, something in us grows crooked. Rauli and his team summed all this up really wonderfully in the video.” – Shag-U