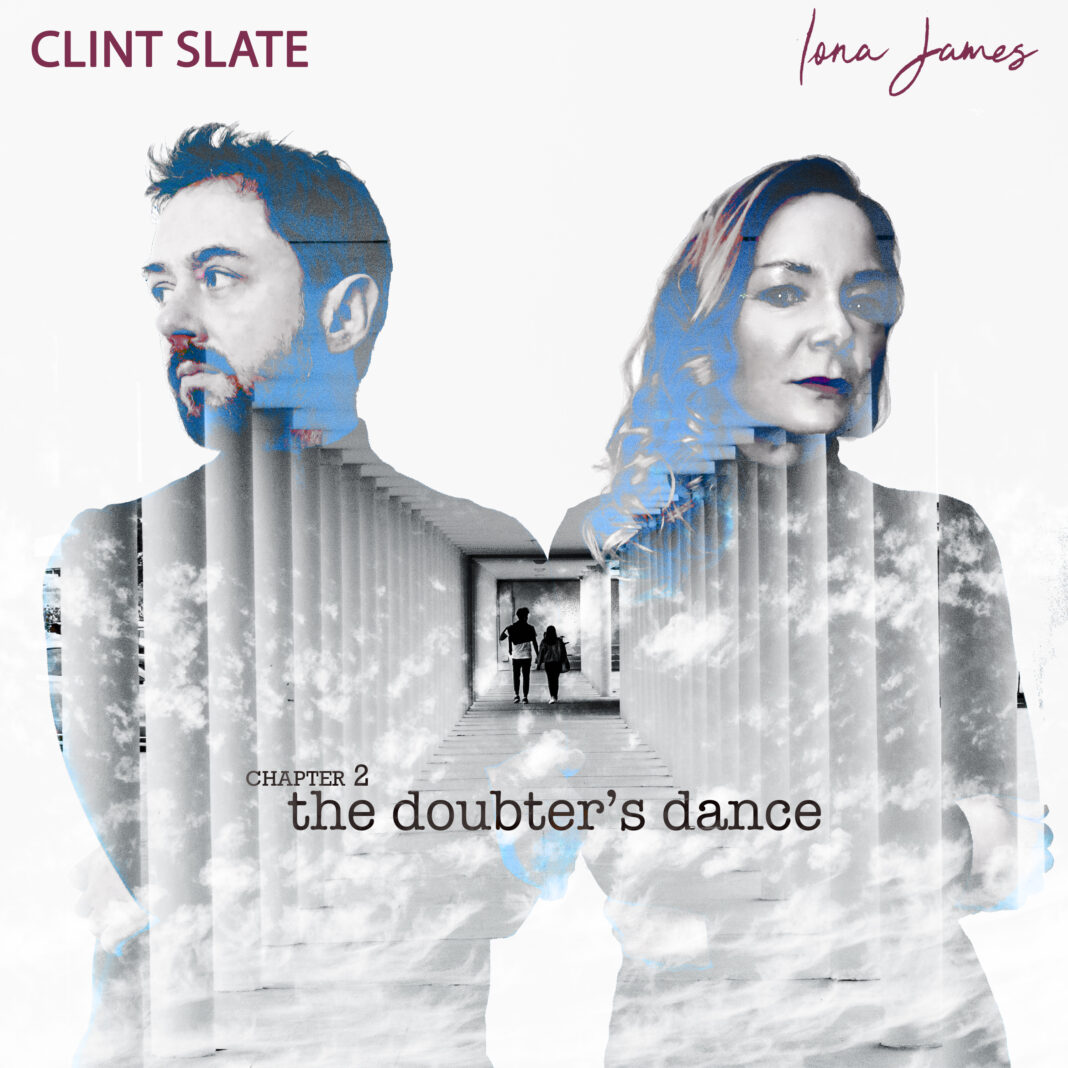 ‘The Doubter’s Dance EP’ is the second volume of a trilogy crafted by Iona James and Clint Slate. The first part `The Silent Sea` was released earlier this year and the concluding release will arrive in the new year. As previously the pair collaborate by sparking embryotic ideas which they both expanded on to form a finished song.

This four track extended play opens with `Firefly` with gentle piano / synth keys and guitar chords with Iona`s ethereal vocal delivery atop. It`s a number that encourages us to put the Latin phrase carpe diem into action. To seize the day, take courage and take a chance on whatever.. life.. love. The firefly, with it`s light producing ability is a metaphor for this opportunity or chance.

`Enough` is quite different and has a kind of reggae vibe with Clint rapping lyrics or at times almost just sharing them in a spoken word style with Iona contributing hers in a much more dreamy oration. A track that questions as to, is what we are told we should want, really what we do want. Do we not already have enough.

`Summer` is a mellow offering with both singers taking turns to sing their parts individually and also trading off each other over a quietly strummed acoustic guitar. A quite mesmeric number which relates to the beginning of or maybe a more blossoming time in a romance, where all seems wonderful with the world.

We close out with `Shot In The Dark` which has a soulful come urban texture and was written at a time during a number of shootings, especially in the US and the injustices and discrimination suffered. The synth and guitar riffs throughout had a sort of retro feel that gave it an edgy gritty sensibility and ambience.

` The Doubter`s Dance` is an interesting sequel to `The Silent Sea` and gives us a further insight into what this collaborative partnership can offer. We have a couple of gentle pieces and a couple more that are a little darker and heading towards a more political outlook and attitude.

Like all good stories or serials, I can`t wait for part three to see how these guys complete this musical trilogy.