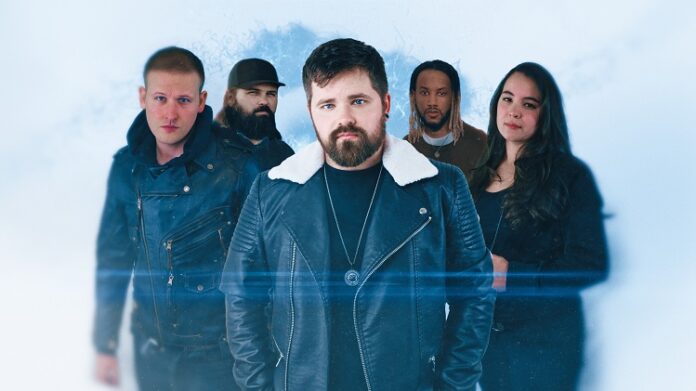 Los Angeles, California – Fight the Fade unleashes a savage audio beast with their brand new track, “Buried.” Built around a powerful message of moving on and leaving the past behind, the song’s ferocious vocal delivery joins with brawny guitar riffs and thunderous percussion for a creation that demands maximum volume.

“Something that I think many of us have in common is that we can tend to be our own worst critic. It can turn into this insatiable appetite for finding faults in ourselves, and we end up feeling like we just aren’t good enough. Buried is a song about realizing that tendency and making the conscious decision to revolt against it. Burying that endlessly critical and flawed version of ourselves and growing past it.” – Fight The Fade

“Buried” is out now on all platforms from independent electronic rock label FiXT Radium.

Fight The Fade currently reach over 300,000 monthly listeners across streaming platforms, following the release of “Cut & Run,” “Old Wounds,” and “Matter Of Time,” the group’s debut singles with FiXT where they are currently racking up millions of streams, with “Cut & Run” currently sitting at almost 1.4 million on Spotify alone. Fight The Fade has quickly gained heavy editorial support from Spotify with playlist features including Kickass Metal, Rock Your Body, and New Core, as well as prominent editorial support from YouTube Music, Yandex, and others.

About Fight The Fade:
Fight The Fade is a five-piece rock group hailing from the Midwest consisting of vocalist Zene Smith, guitarists Tyler Simpson and Bryan Conway, bassist Trevor Taylor and drummer Alyssa Worth. Formed in 2010, Fight the Fade has released three full-length records including Second Horizon (2014), Fight the Fade (2016), and In Love. in Hope. in Peace (2020) along with two EPs, What We Know (2012) and Masks (2018). The members have also toured relentlessly since their formation.

Known for pulling together influences from rock, metal, and electronic music, Fight the Fade has forged an unmistakable sonic identity that wraps heartfelt lyrical themes within a robust production style and delivers them with nuanced and diverse writing approaches. The band’s work ethic and innovative blend of genres led them to an album deal with independent electronic rock label FiXT in late 2020, and Fight the Fade is currently release singles throughout 2021, leading to a full-length album in the Fall.