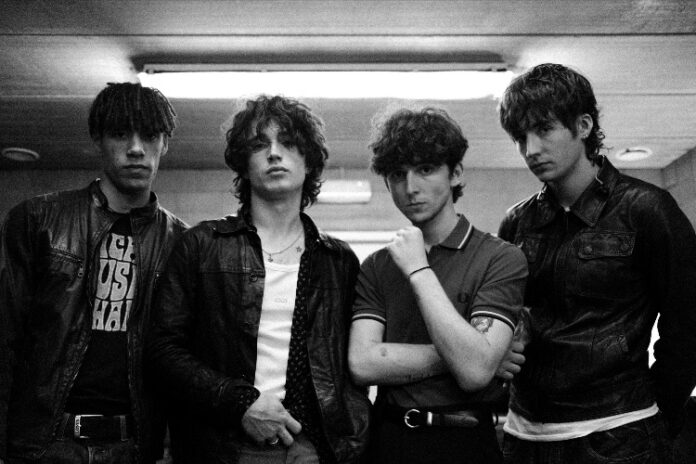 INHALER have announced details of their new album ‘Cuts & Bruises’ and share uplifting new single ‘Love Will Get You There’ alongside a VIDEO directed by James Arden. The Dublin band’s eagerly awaited sophomore album will be released on February 17th via Polydor Records.

‘Cuts & Bruises’ is the follow-up to Inhaler’s debut album ‘It Won’t Always Be Like This’ which debuted at no.1 in both the UK & Irish Official Charts. Released in July 2021, ‘It Won’t Always Be Like This’ became the fastest-selling debut album on vinyl by any band this century and saw Inhaler become the first Irish group to top the Album Charts with a debut in 13 years.

‘Love Will Get You There’ is the second track to be unveiled from ‘Cuts & Bruises’ and follows soaring anthem ‘These Are The Days’ which was released in June. The accompanying video for ‘Love Will Get You There’ sees the four band members – vocalist and guitarist Elijah Hewson, bassist Robert Keating, guitarist Josh Jenkinson and drummer Ryan McMahon – performing on a spoof Late Late Show alongside some very intriguing personalities and a game of Ready, Set, Gunge!

Following a run of festival dates this year, including their first Glastonbury performance, a homecoming gig in Dublin at the city’s Fairview Park and a tour of Europe supporting Arctic Monkeys, INHALER embark on a sold out run of four UK dates on Oct 15th, including a sold out show at The Roundhouse in London on October 19th.

In addition to their support slots next year with Harry Styles at Slane Castle and Sam Fender at St James Park, INHALER have just been announced as special guests of Arctic Monkeys on their 2023 European tour.