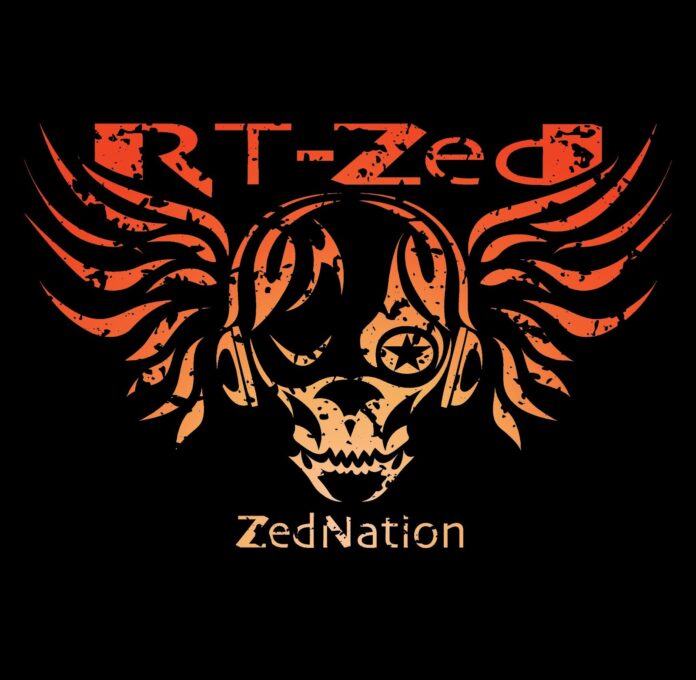 RT-Zed founder Steve Grantley, the drummer with legendary Irish punk rock band Stiff Little Fingers, steps out from behind the drum kit and takes on the role of guitarist, singer, songwriter, and producer. As a result, Grantley’s tag as “THE BRITISH DAVE GROHL” from Modern Drummer comes as no surprise. The 4th studio album from RT-Zed, ZedNation is a return to the gritty rock ‘n’ roll approach of their second release Zed Hed, after the more funk-flavoured album FunkPunk and industrial debut Return To Zero.

Steve gets some resistance fronting RT-Zed. “I think certain people think drummers should know their place,” but says, “Fuck it; Dave Grohl, Phil Collins anybody?!” Steve has consistently written for Stiff Little Fingers over the years, and whilst a member of The Alarm co-wrote their last big hit ’45 RPM’ with lead singer Mike Peters. “I’ve been writing songs since I was 12, but I’m best known as a drummer. This album will hopefully change this preconception.”

Steve has also worked with Billy Duffy (The Cult), Glen Matlock (Sex Pistols), Kirk Brandon (Theatre of Hate/Spear of Destiny), Craig Adams (The Mission, Sisters Of Mercy),  Julian Lennon and soul singer Oleta Adams. At the start of his career Steve almost landed the drummer role in The Clash when Topper Headon was fired. Following this Steve teamed up with Jake Burns and The Big Wheel, the Stiff Little Fingers frontman’s new band at the time. This started a lifelong friendship that would see Steve permanently join Stiff Little Fingers in 1997, a 25 year tenure which continues today. Simultaneously releasing his own music with RT-Zed since 2000.

Previous article
BRAD IN THE BASEMENT
Next article
REVIEW: THE OWEN GUNS: DAWN OF THE BRAINDEAD (2022)