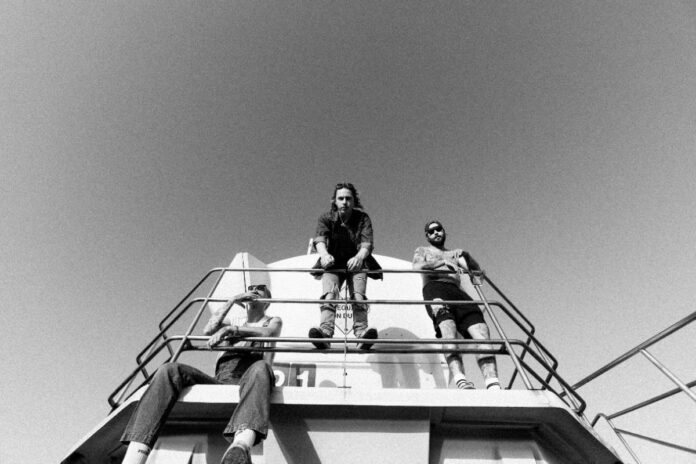 The Hunna have released the brand new single ‘Apologies’, taken from their forthcoming self-titled album out October 28th via Believe.

Highlighting relationship dramas with nonchalant punk rock energy, groove laden riffs and pounding drums, the band hark back to their 90s influences in ‘Apologies’ which also comes with a nostalgic LA garage band video to boot.

Regarding the single frontman Ryan Potter says, “‘Apologies’ is a song about someone trying to take revenge on an ex by using a third party that wasn’t involved which in turn causes a ripple effect of destruction. The main message of the song is ‘you don’t need to use me to get your revenge, just go out there and be yourself.'”

Continuing about the video he says, “When we recorded this song we wanted it to feel like a garage band, which is how we started together. So it only made sense to shoot it in a garage and with our musical influences we wanted it to have a throwback feel to the likes of Bowling for Soup, Weezer etc and have some fun with it!”

The new album has been produced by the legendary Gil Norton (Pixies, Foo Fighters, Jimmy Eat World) and seethes with colossal riffs, irresistible melodies and memorable lyrics as demonstrated in the further singles ‘Trash’, ‘Fugazi’ and ‘Untouched Hearts’.

Live, The Hunna have always been one of the most exciting bands on the circuit, with an insanely devoted fanbase guaranteed to turn every gig and festival appearance into an unmissable event. The same can be expected for the forthcoming sold out UK headline tour with full dates listed below: