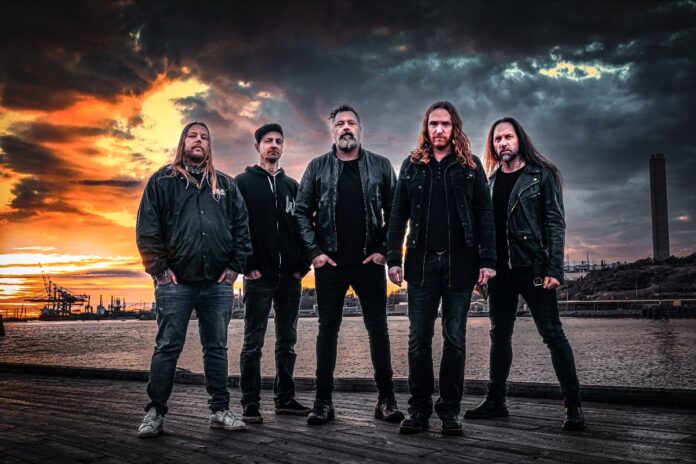 Gothenburg sensation THE HALO EFFECT is currently touring through Europe with their fellow countrymen AMON AMARTH and label mates MACHINE HEAD, leaving masses of adoring fans in their wake.

Their debut album Days Of The Lost, released in August, dominated the charts worldwide. Reaching #1 in Sweden, #6 in Germany, Austria and Finland and #8 in Switzerland.
The album’s lead single ´Shadowminds´ achieved huge success in 2022,  reaching over 5 million plays across Spotify & YouTube.

Today, the band reveals a remix of ´Shadowminds´, re-imagined by legendary EMPEROR mastermindIHSAHN, who has added an extraordinary avantgarde flare.

Listen to the track here: https://bfan.link/shadowminds-ihsahn

Ihsahn comments on the remix: “I was flattered when my friends in The Halo Effect approached me for a remix, and, given the pedigree of Swedish metal within the band,  I knew the original track would of course be stellar!  So, I decided to try a somewhat experimental approach while still building on the core elements of the song. I hope Halo-fans will appreciate this slightly twisted version of Shadowminds.”

The band also recently announced three headline shows in their home country of Sweden for early 2023.

Here are the dates: