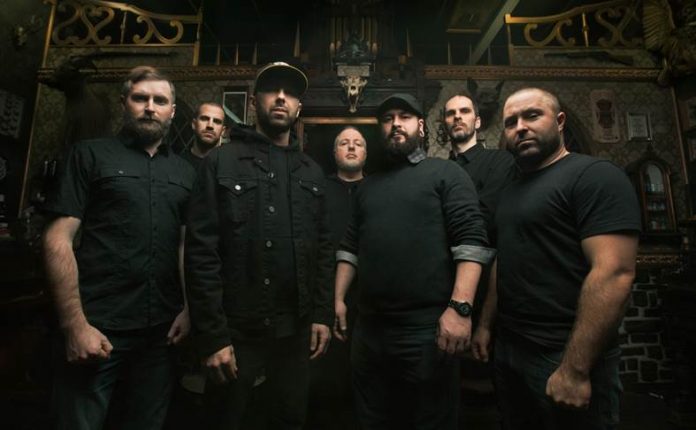 Last year, Montreal based deathcore pioneers Despised Icon released their Nuclear Blast debut titled ‘Beast’. After presenting the record extensively live across several US tours, including shows with label mates Carnifex, Fallujah and Rings Of Saturn, the time has come for the band to travel across the pond to play some shows for their UK and European fan bases. Support on the trek will come from Malevolence, Archspire and Vulvodynia. Don’t miss this brutal touring package!

“It‘s been almost 2 years since we‘ve toured the UK and Europe. We’re excited to finally return on a proper headlining run with our friends inMALEVOLENCE, ARCHSPIRE and VULVODYNIA! See you in February!”

Tickets will go on sale Monday October 30th @ 10am UK time.
See you in the pit!

For many extreme music fans, it may be hard to remember a time before Despised Icon, given the massive influence they’ve subsequently had on the genre. But when the group formed back in 2002 and released ‘Consumed By Your Poison’ the same year, there was little intersection between the sounds of classic death metal and the brute force of hardcore. But Despised Icon were among the first to fully embrace the signatures of the traditional death metal formula combined with a relentless embrace of breakdowns, part of an emerging new sound.

Despised Icon returned last year with their latest album entitled, ‘Beast’; a vicious commentary on the state of the world and the state of music itself. The album was produced and engineered by former guitarist Yannick St-Amand (Beneath The Massacre, Neuraxis) and mixed/mastered by Andy Sneap (Megadeth,Opeth, Nevermore). Artwork was created by Alexandre Goulet.

Now with the upcoming tour dates in sight, the genre-defining band is fully reawakened, poised to recapture the crown with the monstrous and merciless might of their potent expression.