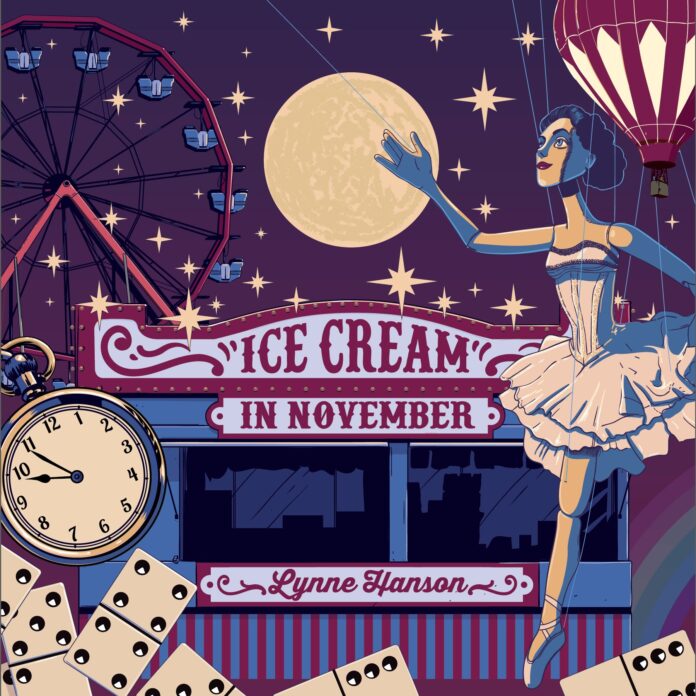 Evolution isn’t always easy. And change, especially big change, can be scary. Yet this is exactly what Ottawa-based singer-songwriter Lynne Hanson has embraced with her latest effort, ‘Ice Cream In November’. Co-produced by Hanson and multi-instrumentalist Blair Michael Hogan, mixed and mastered by Grammy-nominated sound engineer Phil Shaw Bova, the album was recorded by Hanson and Hogan in their home studios over two months in late summer 2021.

Whilst not abandoning her Americana roots, ‘Ice Cream In November’ Hanson continues the sonic evolution that permeated her 2020 release ‘Just Words’. “I don’t want to keep making the same record over and over again. Getting outside of my artistic comfort zone and trying new things is what keeps things fresh for me at this point in my career,” says Hanson. The result is a more contemporary sound that incorporates synthesizers, ethereal guitar pads and even the odd electronic drum track.