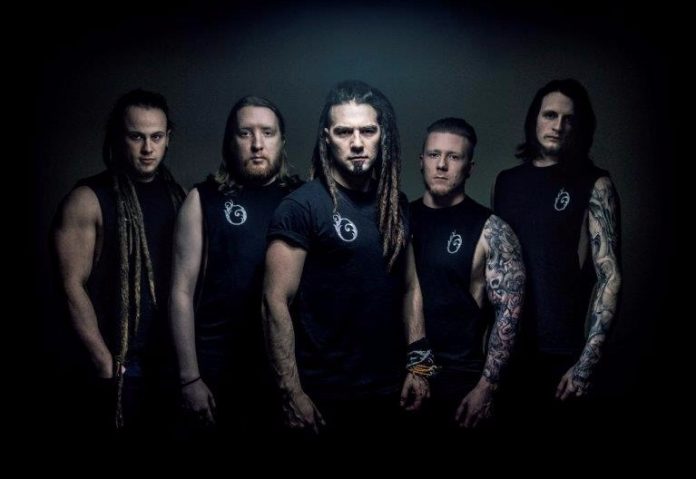 UK tech-deathcore brutalisers OSIAH will release their highly anticipated debut album Terror Firma on June 26 via SIEGE MUSIC. They have also unveiled the first video Humanimals, a chilling taster of this ferocious album.

Hailing from the extreme music melting pot that is the North East of England, OSIAH transcend the deathcore label with what could possibly be the most torturous barrage of filth the UK has produced in recent years. Crushingly intense breakdowns and deathly chops tread a familiar path, but jarringly detuned guitars, unpredictable tempo changes and vocals that range from wide ranging pitched screams to commanding guttural bowel openers, add an extra evil to the sound that cannot be put in words.
With brutality matched with almost mechanised technicality, the intricate drums fills and pummeling blasts work with lightening fast guitars showing musicianship that impresses as must as it inflicts aural pain. Osiah have succeeded in building relentlessly ominous soundscapes throughout the course of the 10 tracks offered on Terror Firma, delivered with calculated conviction.

Terror Firma has a dark concept; an immortalising disease destroys all concepts of religion, society and economy, causing humanity to cave in on itself.  The lyrics tell the story of the different stages; from the perpetual trepidation that destroys all rational and spiritual thinking, to a pathogenic evolution of the virus that alters the genetics of certain humans, and leaving others to symbiotically combine with the disease.

Osiah cut their teeth on the underground circuit in 2015, supporting Dirty Sanchez, playing Tech Festand Mammoth Fest, as well as an extensive UK tour with A Trust Unclean. 2016 will see them hit the UK and Europe in support of their album Terror Firma, dates soon to be announced. This is one not to be missed.