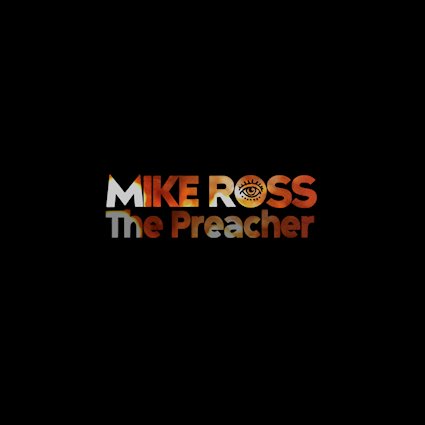 Ever-creative rockmeister Mike Ross releases the first single from his forthcoming, brand- new 12-track album, ‘Third Eye Open’, which will be out Spring 2023.  ‘The Preacher’ starts the ball rolling with much grit, gusto and impact, and drops on Friday 20th January.

Kerrang! called Mike Ross “Burnt in Blues, Soaked in Soul!” — a description that holds true of Mike’s multiple facets: songwriting, multi-instrumental talents, gritty riff-busting, yet eloquent, guitarist and also his vocals, all of which come to the fore on his latest solo releases. He’s a proud DIY artist too, who writes, performs, records, produces & releases his own music.

Mike has also collaborated with some of the brightest lights in the UK emerging artists scene, such as Elles Bailey, Jack J Hutchinson & Troy Redfern. What’s more, he’s an international, incessantly touring, musician who has played live music on every continent and in most European countries.

“Third Eye Open is a real bone-shaker of a record,” says Mike of his new album. “There’s definitely been a feeling of coming ‘full circle’ this this time around, bringing all of my influences and material bang up to date and the final 12 track behemoth of a record is hands down the biggest, fattest, nastiest, chunkiest thing I’ve ever done!”
The first single to be released from ‘Third Eye Open’, ‘The Preacher’, draws upon Mike’s rich archive of material for its riffs and licks. As Mike notes, “the main riffs for songs like  ‘The Preacher’ were things I’d had for years but hadn’t ever found a use for.”

Opening with the raucous, heavily-fuzzed guitar for which Mike is justly famed, ‘The Preacher’then brings in Mr Ross’s classic rock vocals, creating a big, big sound, in both the verses and choruses (which are given extra excellence by guest vocals from Jack J Hutchinson). You’ll also find added dynamic handclaps adding energy and some deft lead guitar and exuberant soloing from Mike.

As Mike puts it, “The Preacher is a 3½ -minute rockers’ revival meeting that comes fully loaded with big choruses, handclaps, foot-stomps and a face-melter of a guitar solo!”

As ever, Mike Ross’s new material proves him to be a man you can rely on to conjure up fuzz-charged Heavy Blues and powerful Rock, to make his guitar soar and sing, and to deliver smart-as-a-whip lyrics.