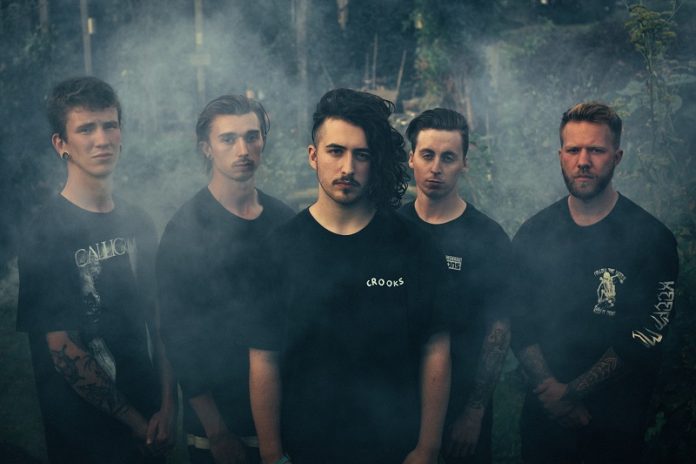 Kent mob talk new one
“We want to make people aware of the many wars which still rage on today, killing millions of innocent people all for nothing. I will scream for the weak voices that are victims of this modern day travesty,” declares vocalist Sam King, of Kent Poat-Metalcore quintet COVE. Talking of their new video single ‘An Honour’, he continues: “I think collectively this is our favourite song, it has a wide range of dynamics and big anthemic choruses, something the band want to look towards more for future material. It’s an in your face ear and eye opener.”
Completed by guitarists Ben Braizer and Pete Woolven, Bassist Charlie Smith and Drummer Jac Bowdery, the quintet chose the name COVE in order to steer away from the conventions of the heavy music world: “It means we can sound however we want without tying us down to a genre – and it’s short and sweet,” King declares. But how would they describe their sound as it stands? “We’re all fans of songs that have groove, and for us that is all about a catchy riff that you can nod your head to, but makes you do that “ooooooh” face when you hear it.”

The single is taken from their forthcoming debut release, ‘We Were Once Lost’, which will be unveiled 7th October. The mini-album features 7 tracks and was recorded with producer Oz Craggs at Hidden Track Studios. ‘We Were Once Lost’ sees the Kent mob succeed in their aims of writing “heavy, riffy music, with big choruses that make you grab your friends in the middle of a mosh pit and sing along”. Featuring thudding, muscular grooves and stomp paired with ferocious roars aplenty, COVE’s debut is a post-metalcore powerhouse, evoking Ruin/Hollow Crown era-Architects, whilst also drawing from the gene pools of Defeater and While She Sleeps. Bruising riffs and urgent, desperate screams give way to moments of melodic, textured respite, before plunging back into the abyss again –COVE already leaps and bounds ahead of their would-be peers. 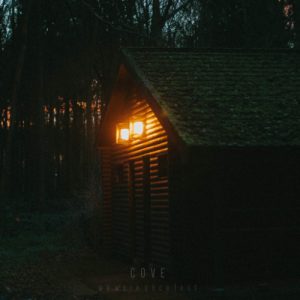