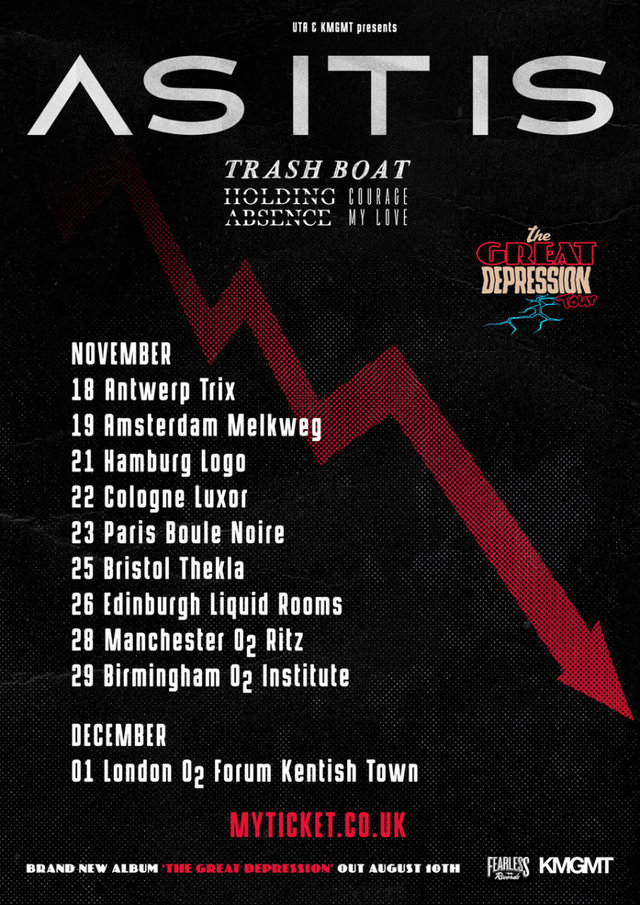 Cardiff’s fast rising alternative rockers Holding Absence are showing absolutely no signs of slowing down. This morning the band confirmed that they will be supporting pop punk mainstays As It Is on tour throughout the UK and Europe in November/December 2018. Main support for all dates will be coming from St Albans quintet Trash Boat and Canada’s finest young export Courage My Love will be opening proceedings on each night.

Holding Absence vocalist Lucas Woodland had the following to say about the newly announced dates “We’re super excited to be touring the UK & Europe with the awesome dudes in As It Is, Trash Boat & Courage My Love this coming Winter on The Great Depression Tour. We’re really keen to play to a new type of audience for our band, and show people what we’ve been working on throughout 2018!”

Tickets are on sale from 10am on Friday 1st June at http://myticket.co.uk/artists/as-it-is