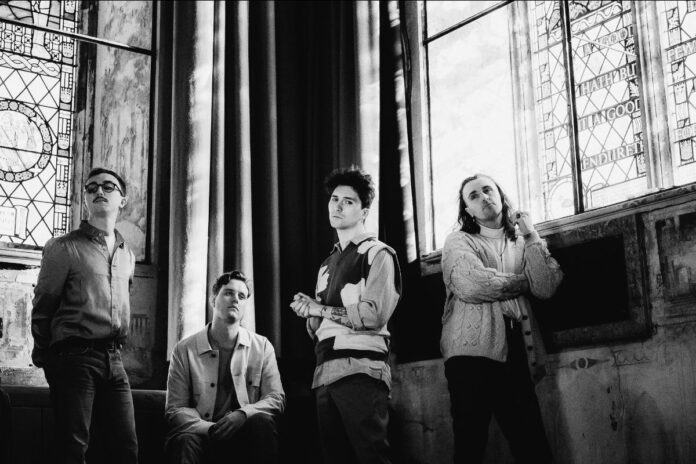 Following an extensive run across North America supporting SILVERSTEIN and THE AMITY AFFLICTION, as well as the recent release of their split EP The Lost & The Longing with ALPHA WOLF, staunchly backed Welsh rock outfit HOLDING ABSENCE have announced plans for a UK tour in January & February.

The tour dubbed ‘Live & In Monochrome’ will see the band revisiting towns and venues they’ve not played for a few years, and will see them showcase a host of rarely performed songs, some of which have never been played live before. Support on all dates comes from Australian metalcore act VOID OF VISION.

“Our bands roots were initially planted by playing in grassroots venues far and wide across the UK, and as we reach the end of our TGMOML cycle, we thought now was a better time than ever to go back to some of those venues, towns and cities!

After a long 2022 of touring the world, the “Live & In Monochrome” tour is our way of being able to play some older songs to our oldest fans (or newer fans that missed us back at the start), before making a head-start on LP3.

Tickets are available from 10am on Wednesday 12th October via a Fan Presale, and from 10am on Friday 14th October for general sale at Holdingabsence.com