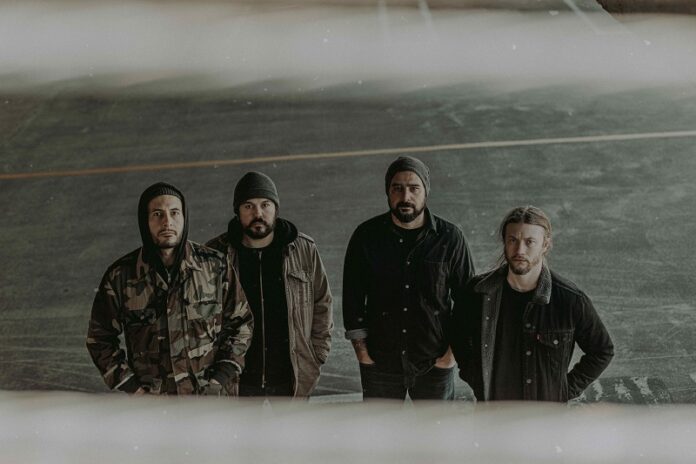 IRIST, the Atlanta-by-way-of-South America band whose explosive 2020 debut album, Order of the Mind was “one of the most buzzed about metal debuts of the year” (Brooklyn Vegan), return with the Gloria EP on September 16th via Nuclear Blast Records.

A preview of the five-song release is available now, with Revolver showcasing the Scott Rudd-created lyric video for ‘Heal‘.

“When we wrote ‘Heal,’ I was trying to describe our inability as humans to face reality,” explains singer Rodrigo Carvalho. “My own dealing with pain and loss was what inspired me to write these lyrics. I never know what people may get out of my lyrics, but I hope that it particularly connects with those going through a rough patch in life.”

The EP, which once again finds the band’s music mixed by Matt Bayles (Mastodon/Isis), comes after a hindered rollout for what many predicted was going to launch the band as one of the more prominent new bands in heavy music. Kerrang! declared the four-piece “one of 2020’s most important metal acts” and Revolver dubbed the 10-song album one of the year’s “finest metal albums“. With a release, and tour, slated for the Spring of 2020, the band was sidelined in the wake of international lockdowns, with Carvalho moving back to Brazil and guitar player Pablo Davila moving to Texas to work in an Austin COVID-ward.

“We still wrote a bit despite the distance,” adds Carvalho, “Musically, we began to explore more melodic vocal lines, and we added synth, noise, and electronic element. We write intense melodies and frantic beats to convey what’s in our lyrics.”

Now, with the Gloria EP on the horizon, as well as dates with Pallbearer, Elder and upcoming record releases shows, guitar player Pablo Davila is eager for the band to pick up where they left off: “We couldn’t be more excited and grateful to be releasing new music. It’s really important to me that the music reflects what Rodrigo is saying, and vice versa, and with ‘Heal’ we wanted to convey something painful and at the same time hopeful.”

The digital only EP can be pre-saved here.