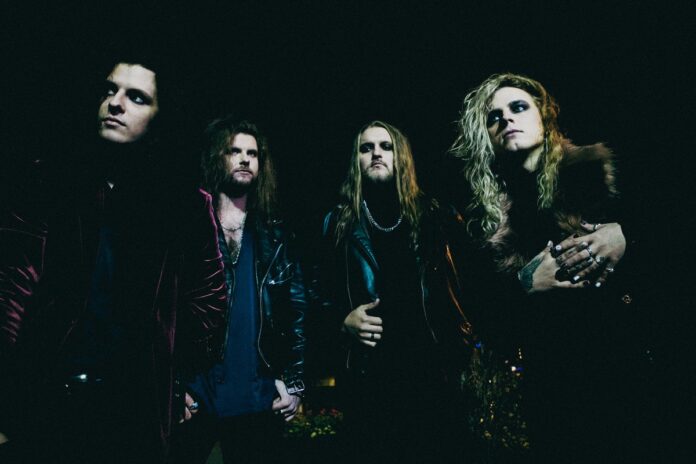 Latvian hard rockers Bloody Heels have released a brand new single entitled ‘Dream Killers’ today (1st March). The song is the first to be lifted from a forthcoming studio album that is out this summer via Frontiers Music Srl and it shows off the quantum musical leap the band have made since 2020’s ‘Ignite The Sky’. That album had been issued shortly after they had signed to the Frontiers label and followed their 2017 debut, ‘Through Mystery’.

‘Dream Killers’ will certainly please fans of the band’s previous work, which combined classic ’80s hard rock with heavy metal. However, although those basic elements are still present and correct, touches of prog, goth rock/metal and alternative/modern rock have been added to the mix, with spectacular results.

Further details of the new album will be made available soon.

Formed in 2012 in Riga, Bloody Heels made a name for themselves with the 2014 ‘Summer Nights’ EP, which was followed by the aforementioned studio albums. They toured all over mainland Europe prior to the 2020 pandemic, which curtailed plans to promote ‘Ignite The Sky’, which was released in early June that year.