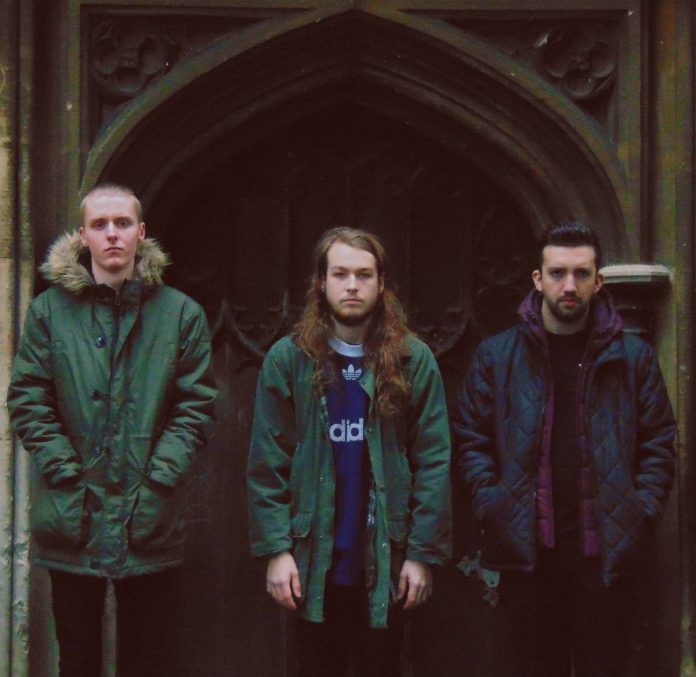 Brit Bruisers HERIOT are preparing their assault of the UK. The band exclusively premiered the video for ‘China Lake’ last week via Metal Hammer. You can now

Raised on a diverse diet of metal and hardcore, Heriot are a multi-faceted animal. With a hearty appetite for Black Sabbath’s darkly groove, the Deftones’ dynamism and phrasing, and Code Orange’s vigour, Heriot have a unique and undisputable appeal. Formed during the middle part of 2014, vocalist and bassist Jake Packer and guitarist Erhan Alman joined forces with drummer Julian Gage; the result was immediately rewarding. The trio, being hugely dedicated, spent the next six months writing and rehearsing before undertaking their very first show.

With an ever expanding army of followers, an explosive performance at this year’s Bloodstock Festival, a spanking new record on the way and their new video, a higher plane beckons for Heriot. The band’s forthcoming new EP, entitled World Collapse, is a statement which cannot be ignored. Recorded at Monnow Valley Studios, with G1 Productions (Burials, Chronographs, The Soulless), the record is both the heaviest and most expansive piece of work the band has so far produced. Heriot have also just premiered the stunning new video for China Lake with Metal Hammer. The track is stocked with stout riffery and webbed layering that will hammer your senses beyond repair. With shows planned for this Autumn, Heriot are destined to be heard.