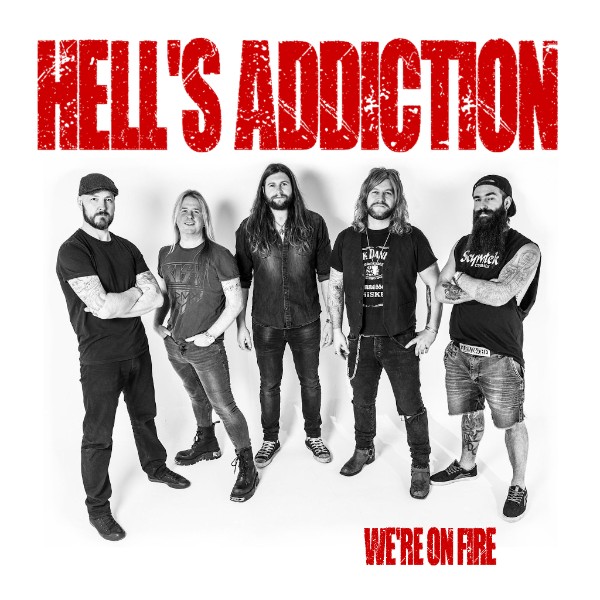 Their last single, ‘We’re On The Road Again’ was named Classic Rock Magazine’s Track Of The Week and reached No1 on HRH Radio, as well as international airplay across the world.

They now release ‘We’re On Fire‘ on Weds 14th Feb which will be available from all good digital download outlets, as well as Spotify, Deezer and Apple Music. It is the second song to be released from a brand new EP slated for release in March 2018 and was recorded at Axis Studios and engineered and mixed by Matt Ellis.

Frontman, Ben Sargent said: “This is the second song from our forthcoming EP and quite simply it’s our best material to date. I’m so proud of the band; we’ve gone up a level right across the board, from musicianship, to performance, to song-writing. We’ve polished a turd and discovered a diamond!! Ha!.”

We’re On Fire is accompanied by a full promo video, produced by Jay Hillier and filmed Yellow Bean Studios in Leicester.