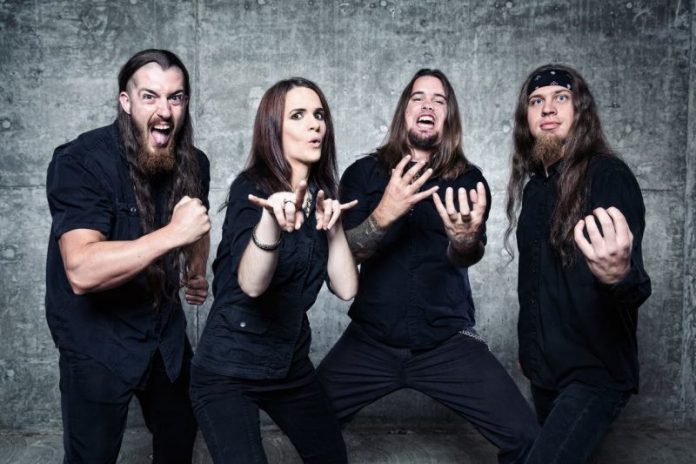 Sacramento, California science based power metal band HELION PRIME have released their brand new video for the song “Life Finds A Way” which comes off of their recent self titled debut cd.

Helion Prime guitarist Jason Ashcraft has checked in with the following comment:”I am very excited to be releasing this video. Not only is it Helion Prime’s first music video but it’s mine as well. Releasing a music video is something I’ve been wanting to do for a very long time and have never had the opportunity until now. We really hope you are as pleased with the video as we are!”

The video was filmed and edited by Mike Sloat and his crew from “Roaring Mouse Productions” who have filmed videos for bands such as Machine Head and Testament.

Jason Ashcraft comments on Roaring Mouse Productions: “Mike has himself a great team and they were a lot of fun to work with. I look forward to working with him on future music videos weather it be with Helion Prime or Dire Peril.”

Helion Prime independently released their self titled debut cd on February 15, 2016 and can be ordered as either a physical or digital copy at the band’s BandCamp website:

Previous article
Live Lamentations From Opeth
Next article
Be Afraid