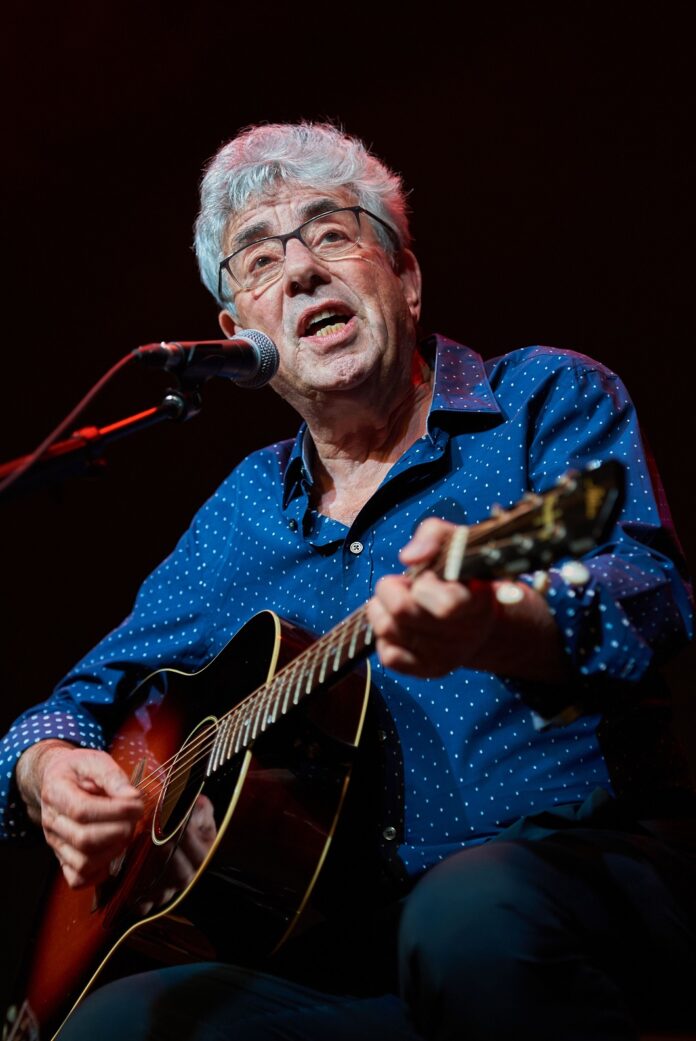 Graham will be joined on stage by 10cc live band members Iain Hornal and Keith Hayman, and Dave Cobby, performing songs from Graham’s celebrated back catalogue, including chart hits for 10cc, the Hollies, Herman’s Hermits, The Yardbirds and his time in Wax with Andrew Gold.

The tour will begin on 6th March in Bury St Edmunds and end on the 23rd March in Salford, including a date at London’s Cadogan Hall on 16th March.

Graham formed what became Heart Full of Songs nine years ago purely for the pleasure of playing his songs in their simplest form: acoustically.

The format’s popularity is such that Heart Full of Songs now tours the UK every two years, between 10cc’s sell-out UK tours.

Since Heart Full of Songs last toured the UK in September 2021, Graham has been busy taking 10cc to some of Europe’s most prestigious concert venues, along with four hugely successful arena events with Toto.

Looking ahead to the tour, Graham said, “I’m very much looking forward to taking Heart Full Of Songs on the road again where I get to play and talk about some of my old songs, and explain their origins, but also play some new material that I am very proud of.

“I’m also looking forward to working with multi instrumentalists/vocalists Iain Hornal and Keith Hayman, both of whom are my 10cc bandmates. On percussion we have Dave Cobby, who also happens to be 10cc’s production manager.

“I hope you enjoy the gigs as much as we enjoy playing them.”

Graham’s prestigious career took off in 1965 following what turned out to be a blessing in guise. Columbia rejected his first single composition for his band The Mockingbirds, which featured fellow 10cc founder Kevin Godley on drums. The song, For Your Love, became a huge hit for The Yardbirds.

Working by day in a men’s outfitters shop and playing by night with his semi-professional band, Graham went on to write a string of hits, such as Pamela, Pamela for Wayne Fontana, For Your Love, Evil Hearted You and Heart Full of Soul (The Yardbirds), Bus Stop and Look Through Any Window (The Hollies), No Milk Today and Listen People (Herman’s Hermits), and Tallyman for Jeff Beck.

In 1972, along with Eric Stewart, Kevin Godley and Lol Creme, he formed 10cc. The band enjoyed a string of Top 10 hits, including three No 1s – Rubber Bullets, I’m Not In Love and Dreadlock Holiday – along with Donna (No 2), Art For Art’s Sake and Good Morning Judge (both reaching No 5), The Things We Do For Love and I’m Mandy Fly Me (6), and The Wall Street Shuffle (10), selling more than 30 million albums worldwide.

It’s the enduring popularity of these tracks, along with others such as Bridge To Your Heart from Graham’s time in Wax with the late Andrew Gold and songs from film soundtracks including Animalympics, that led to the formation of Heart Full of Songs.

Needless to say, for lovers of perfectly-crafted music performed by the composer, a Heart Full of Songs concert is truly an exquisite experience. As Graham always maintains, “a good song can always be performed acoustically”.

Graham’s more recent career highlights include being invited by Ringo Starr to join his All Starr Band for arena tours of Europe and the USA in 2018, during which the band played three 10cc songs at each performance. Graham described the experience as, “One of the most enjoyable things I’ve done”.

Meanwhile, the latest project to earn Graham a wealth of media coverage is his new song ‘Floating In Heaven’, which caught the attention of Queen’s Brian May, at a crucial time in the history of space exploration.

Brian, who has a passion for astronomy and a PhD in astrophysics, worked with Graham to release ‘Floating In Heaven’ as a single to mark the unveiling to the world of the first astonishing images from NASA’s James Webb Space Telescope on 12th July. The pair performed the song with a full orchestra at the sixth Starmus convention, held on 5th-10th September in Yerevan, Armenia.

‘Floating In Heaven’ is also the soundtrack for a YouTube video featuring the images, released by the Space Telescope Science Institute in the US.

The full list of Graham Gouldman’s Heart Full of Songs tour dates is as follows:

Tickets are on sale now, available from all venues and from www.grahamgouldman.info