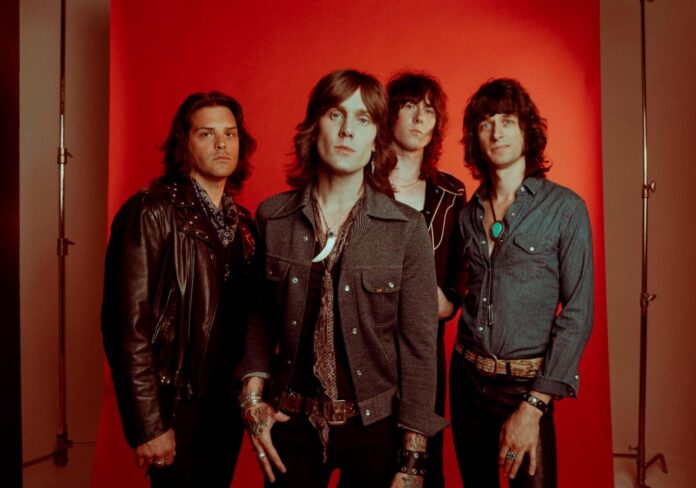 TUK SMITH & THE RESTLESS HEARTS have released a brand new single/video, GIRLS ON THE EAST SIDE OF TOWN, another track taken from their debut album, Ballad of A Misspent Youth, which arrives at DSPs today, November 4th via new label, MRG. Stream the album here.

The release from the Nashville band comes in the wake of the album’s lead single and title track which romped straight on to playlists at UK rock radio stations, Planet Rock and Primordial Radio, and the follow-up earworm single, Everybody Loves You When You’re Dead. Meanwhile, Classic Rock magazine assert “‘Ballad Of A Misspent Youth’ is never less than exhilarating. Just the way rock’n’roll should be.”

The former Biters frontman, Tuk Smith elaborates on the inspiration behind the new song:

“Inspired by true events…This song highlights the escapades of many a poor boy trying to gain entry into the hearts of those untamable East Side Girls.”

The album marks Tuk’s return to the studio with Biters producer Dan Dixon.

Check out the video for Girls On The East Side Of Town below.