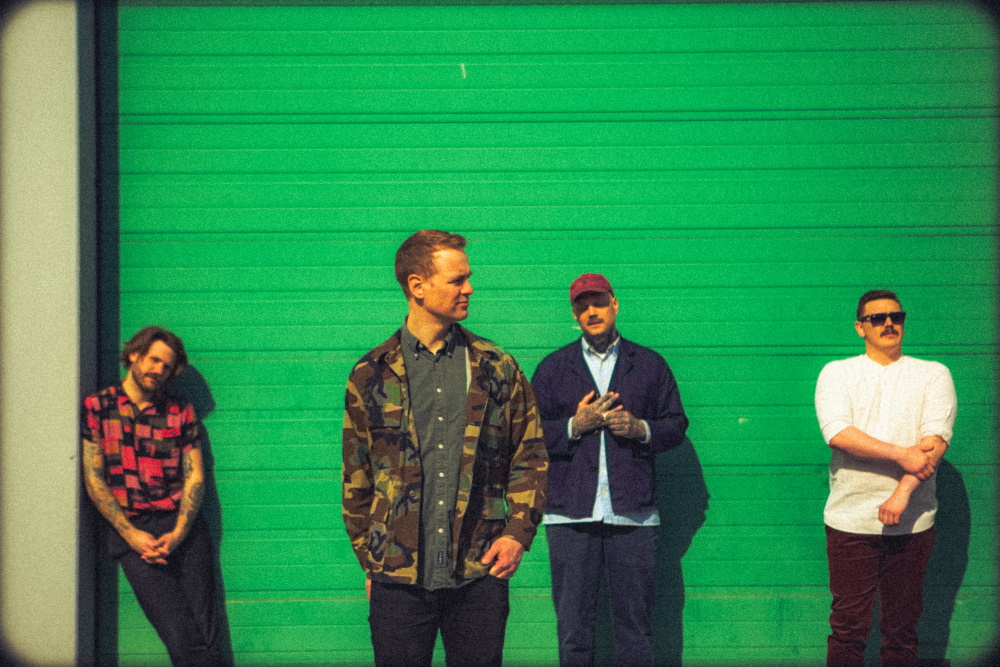 Norwegian powerpop quartet Beachheads are back with their stunning new single ‘Down South’, an anthem for romantic underdogs, streaming today via Fysisk Format.

Powerpop with punk urgency that is both “Catchy as f*ck” (Stereogum) and “Resiliently heart-heavy” (Rolling Stone), Beachheads features two members of renowned metal band Kvelertak in an entirely different guise.

In the band’s own words: “‘Down South’ is a nostalgic reverie of bygones, with a feeling of longing, belonging and the joy of occasionally returning. To us the vibe of the song fits very well with the lyrics. We wrote and recorded a demo of this song in Marvin’s kitchen in his apartment in Stavanger during the lockdown in May last year. Some of the takes from the demo actually made it all the way to the final mix, as it was impossible to recreate Marvin’s shaker made out of toilet paper rolls and Ben’s Original rice.”

‘Down South’ is produced by Frode Strømstad of I Was A King. Their self-titled debut album from 2017 received widespread acclaim from magazines globally, and was marked as album of the month in tastemaker publications, including Visions and Slam.For more information:
https://www.facebook.com/beachheadsband/
https://beachheads.bandcamp.com/