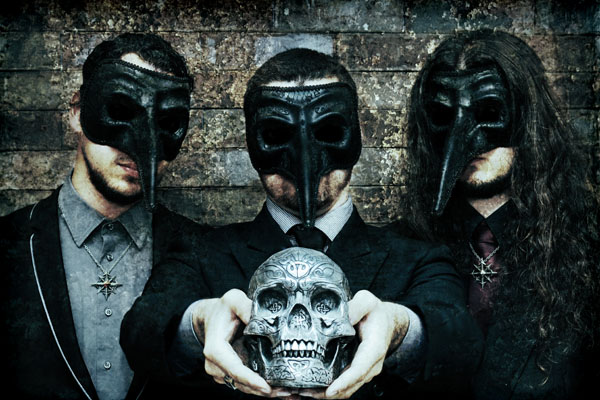 Mexican Metallers want you as their new guitarist
With new vocalist Adam ‘Greasy’ Benito of Calgary’s Train Bigger Monkeys recently being appointed as EVILHEART‘s new vocalist, the Mexican blackened death metallers have announced they will be holding auditions for a new bassist and second guitarist to join them for touring and the creative process for their follow up release to ‘Quinquaginta’ re-released this past September 2015 on Vancouver, BC based Test Your Metal Records.
The band has posted the following:
“Hello everyone! Greetings from the Evilheart camp! We have started to write new songs for the next album, and we also have touring plans for next year. We are currently looking for a new bass player, also we are looking for a second guitarist able to play rhythm & leads as we want to have two guitarists again so our songs will sound more powerful and crushing live.
Requirements:
* Located in North America (close to Sinaloa, Mexico preferably).
* Available to play shows in North America & Europe (American Visa if applies).
* Preferably older than 21 years old.
* Stage, recording & tour experience preferred.
* Video of yourself playing “Perfection Collapsed” & “Supremacy &
Holocaust” from out latest album “Quinquaginta.”
If you are interested in auditioning please send an email to evilheart@evilheart.com and we will provide you the backing tracks needed.”
Evilheart.com | Facebook | Twittter | Youtube | Bandcamp