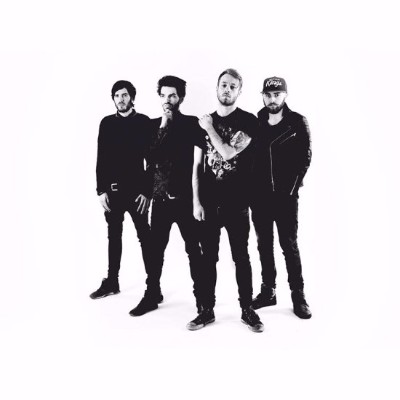 Alt rockers give a taster
West Midlands alt-rock band Blank Parody have released their brand new single ‘Locket Picture’, which serves as an impressive taster of what’s to come, with a debut EP due early next year.

The song, produced by Jim Pinder (Fightstar/Bullet For My Valentine) and mastered by Geoff Pesche (Pulp) at Abbey Road, is a blistering rock anthem. With riffs aplenty, backed up by the fierce vocals of Joby Fitzgerald, ‘Locket Picture’ primes Blank Parody to break down the doors of the UK rock scene in 2017.

The song was written by Joby and guitarist Liam Howard at a point when they were both dealing with multiple personal difficulties including break ups, ill health and loss.

Howard says; “‘Locket Picture’ is about the way loss and suffering contorts our personalities and manipulates us into completely different people. Painful memories become weights around our necks which do nothing but remind us of times when we were happier, and the more we stare into that, trying to find answers, the more we invoke desolation and despondency. The song is as much about self-destruction as it is about self-realisation and abandoning the weight of nostalgia before it tips you over the edge.”

After an intense period of rehearsing and recording demos, they stepped into Treehouse Studios in Chesterfield where they recorded ten songs produced by Jim Pinder.

Earlier this year, Blank Parody’s debut single ‘Dark Pretenders’ was met with a passionate reception amongst media and fans alike. It was Number One during April in the Unsigned Top Charts, and was selected by a judging panel, including NME’s then New Music Editor Matt Wilkinson, as one of ten tracks to make the shortlist  in the Record Store Day associated ‘Berwick Street Calling’ competition.

The same month Blank Parody also had their first spin on Kerrang! Radio, with Johnny Doom showing his support for the band following their appearance on his television show Amp’d.

Catch the band this month at the following dates…