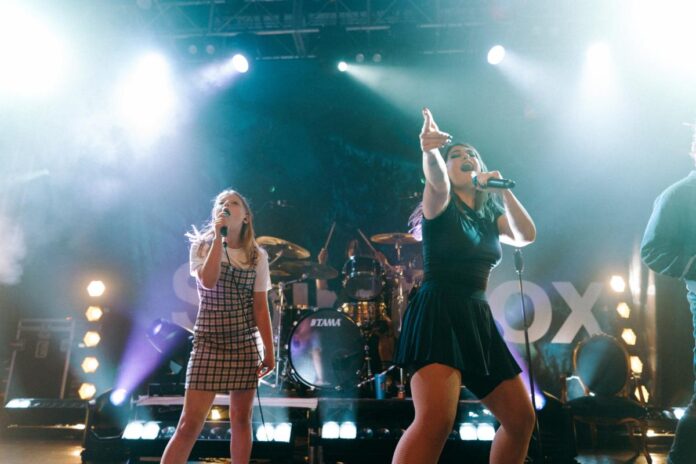 10-year-old viral internet sensation, HARPER, has dropped her debut single, “Falling“, today and announced signing with renowned independent label, Pale Chord in partnership with Rise Records. Her first original release comes accompanied by an official music video which can be viewed HERE or by clicking the image below. Stream “Falling” on your streaming platform of choice by clicking HERE.

HARPER shot to internet stardom when she released an incredible one-take vocal cover of Spiritbox’s breakout hit, “Holy Roller” in the summer last year, clocking up over 225,000 YouTube views and media accolades from the likes of Kerrang!, Loudwire, Rock Sound, Revolver and more. She gained millions of new fans when she auditioned for primetime NBC show, America’s Got Talent with the same song last month, garnering a further 1.8 million YouTube views and wowing both the judges and the audience with her impressive vocal prowess. She also got to perform “Holy Roller” with Spiritbox at their sold-out show in London, UK last month. Now she has released her debut, original single written and produced with the help of Chris Wiseman (Shadow of Intent and Currents) and Ben Lumber (Acres).

Speaking on the release of her first ever single, HARPER shares, “Falling was written shortly after my cover of Holy Roller. This was the first creative process and song writing process I’ve been a part of so it was super fun to create something I can call my own.

Spiritbox became my favourite band as soon as I heard them and they’ve shown nothing but love and support for me since day one, they really are some of the kindest humans I’ve ever met! Getting to perform with them in London was a dream come true and a memory I will cherish and be forever grateful for.

I am so excited to be working with Pale Chord for my debut single, the label have been nothing short of amazing to me and I’m excited to make some magic with them!”