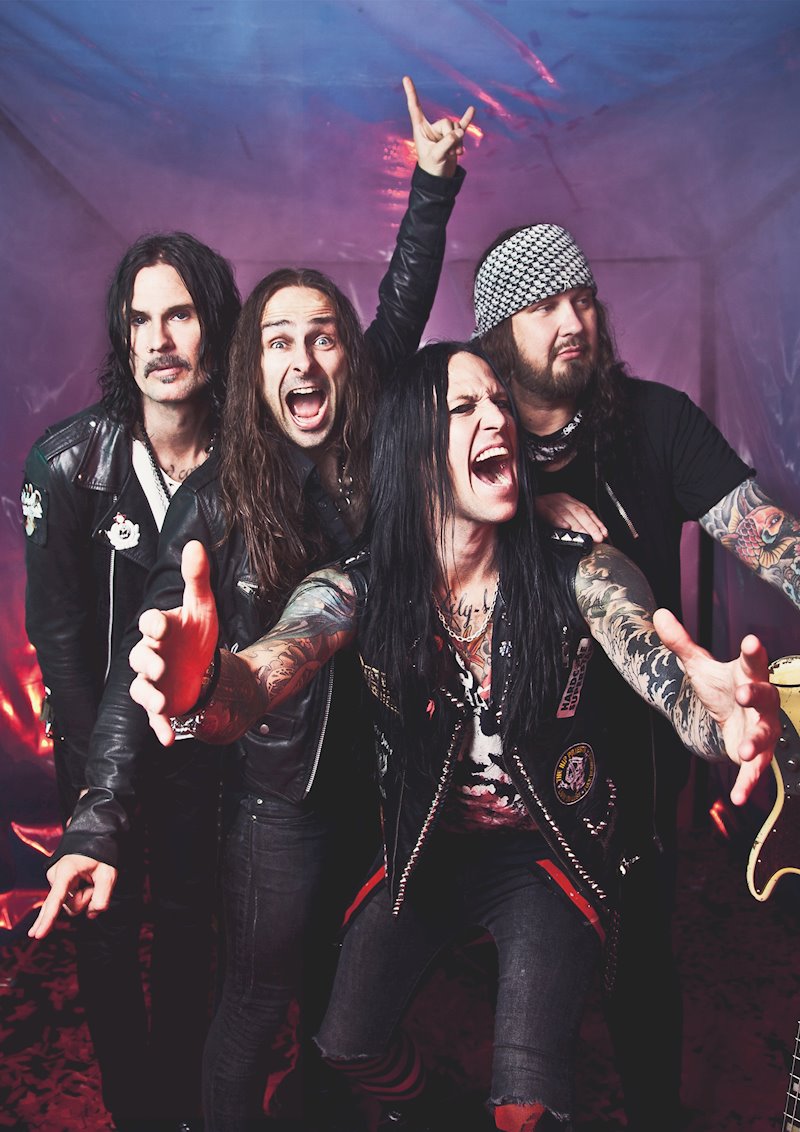 Abrakadabra is the upcoming album from Gothenburg’s leading exponents of street metal, HARDCORE SUPERSTAR! The follow up to 2018’s critically acclaimed You Can’t Kill My Rock ‘N’ Roll, Abrakadabra will be released digitally and on CD via Golden Robot Records (for USA, Canada, Australia, New Zealand and South America only) on March 25th and is available for pre-order / pre-save now!

HARDCORE SUPERSTAR recently released three alcohol fuelled, riff laden singles ‘Catch Me If You Can’, ‘Dreams In Red’ and ‘Weep When You Die’!

But they aren’t stopping there in the lead up, as today they have released another new single ‘Forever and a Day‘ that is now available on all digital platforms.

Watch ‘Forever and a Day’ HERE

2021 has been a fantastic year for HARDCORE SUPERSTAR with three singles released to critical acclaim, surpassing over 750,000 Spotify plays and 250,000 YouTube plays as well as the band playing sold out shows all across Sweden!

With 2022 now upon us, the band are building on this phenomenal success by kicking off the new year with the release of their new single ‘Forever and a Day’, a stomping, attitude laden anthem about standing up for yourself and everything you believe in, that is destined to be both a live classic and an instant fan favourite!

The success and acclaim of You Can’t Kill My Rock N’ Roll inspired the band significantly and writing for the next record enthusiastically started whilst out on tour. Connecting with so many fans, old and new has helped to influence the shape and sound of the new record, with drummer Adde commenting that the new album “feels like the record we should have released after the Black album”.

Abrakadabra will be released worldwide in March 2022, containing ten hard hitting songs exploding with riffs, attitude, intensity and that magical feeling you get when your work is over and the weekend is here. This is an album for the fans and best shared with great friends, cold beers and very loud-speakers!

Recorded in 2020 and 2021 at both Österlyckan and Bombastik in Musikens Hus – Gothenburg, the decision was made early on to once again work with Johan Reiven, who was responsible for production duties on the bands ‘Black Album’. Adde states “Working with Johan was like stepping back in time, there’s a shared intensity and commitment to excel that collectively drives us and ultimately brings out the best in us all… I am 100% happy with the result”.

This shared intensity can be heard on every one of the tracks from the defiantly rebellious ‘Dreams in Red’ through to the bar-soaked philosophy of ‘One For All’ and the thundering powerhouse that is ‘Catch Me If You Can’.

Abrakadabra is uncomplicated, rock n’ roll escapism and entertainment at its best… sprinkled with a little bit of magic for good measure