Hammer Out The Hate 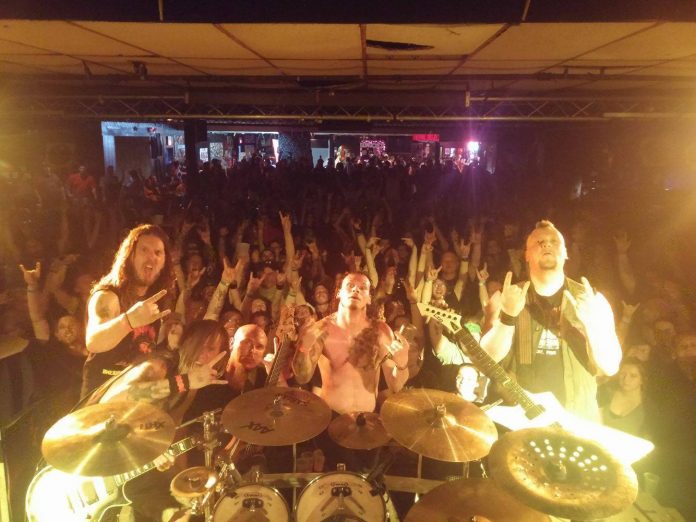 Tour on the way

PRODUCT OF HATE are crushing American Metallers that hail from Kenosha, WI. HAMMER FIGHT are a bunch of whiskey-drinkin’, beer guzzlin’ bros who spawned from New Jersey.   So what happens when you add HAMMER FIGHT to PRODUCT OF HATE?  You get the “Hammer Out The Hate Tour”, featuring two of Napalm Records hottest up and coming bands!

To get fans ready for this hard-hitting tour PRODUCT OF HATE have just released a new video for “…As Your Kingdom Falls”.  This special “Tour Edition” video was shot and edited by Josh Apple and filmed during PRODUCT OF HATE’s Spring 2016 Tour with Mushroomhead, Madame Mayhem and Sumo Cyco.  The video features members from all of the bands, support crew and fans on stage.

About the video, front man Adam Gilley comments: “We decided to put together a live video using footage shot during our spring tour with Mushroomhead. Set to a fan-favorite track from our debut album, this video gives viewers an idea of the energy that we bring to the stage each and every night, especially for those who have never seen us live. Product of Hate is a band that is all about the live concert performance. It’s very important to us to make sure that we are giving the fans what they deserve – a killer show, whether we’re playing in front of 50 people or 5,000.”

Don’t miss the “Hammer Out The Hate Tour” which kicks off next week!    Pick up HAMMER FIGHT’s debut Profound and Profane HERE and PRODUCT OF HATE’sBuried in Violence HERE.