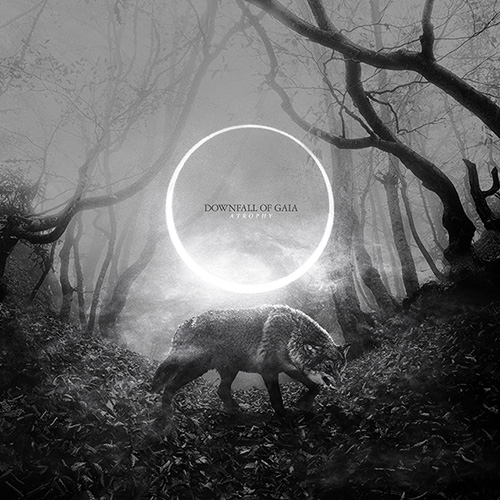 On November, 11th DOWNFALL OF GAIA will release their sophomore album, ‘Atrophy‘, via Metal Blade Records.

‘Atrophy‘ was recorded at the Hidden Planet studios in Berlin together with Jan Oberg and mixed and mastered by Jack Shirley from the Atomic Garden studios in San Francisco.

For a first preview of ‘Atrophy‘ surf over to metalblade.com/downfallofgaia where you can stream the 1st single ‘Woe’. Make also sure to check out the pre-order section where you can order the album as a Digi-CD, in various vinyl formats and as a bundle with an exclusive T-Shirt!

Comments DOWNFALL OF GAIA: “Today we are pleased to share the first single of our upcoming album ‘Atrophy’ with you guys! This record continues directly where the recent one stopped. Harsh blasbeats combined with atmospheric elements. In my opinion the straightest piece of music we’ve written so far! ‘Atrophy’ is a a story told about the constant dialogue between life and death in which each and everyone is caught day by day, where life itself became the sisyphean masterpiece. We hope you will enjoy these new tunes as much as we do!”