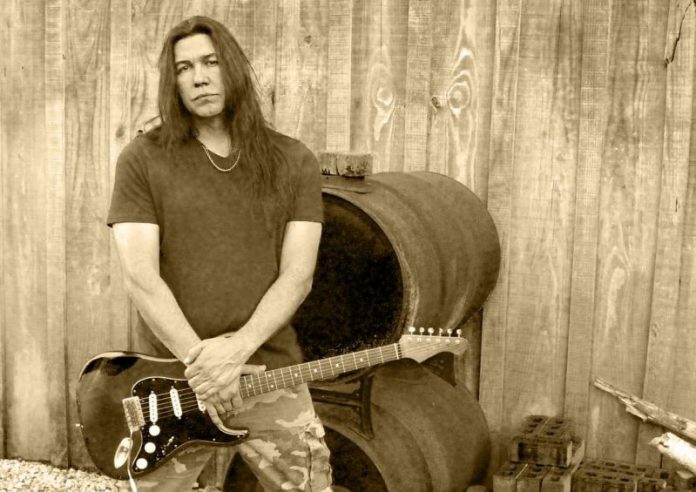 Slaughter vocalist MARK SLAUGHTER has released the first in a series of in-studio videos discussing and previewing tracks from his upcoming album HALFWAY THERE, in stores May 26.

Halfway There will be released Worldwide May 26 via EMP LABEL GROUP, (May 10th in Japan via EMP/UNIVERSAL) the US based label of Megadeth bassist David Ellefson. HALFWAY THERE, the follow up to 2015’s independently released REFLECTIONS IN A REAR VIEW MIRROR, is a stunning return to form for Slaughter, channeling the familiar Hard Rock sensibility of classic-era SLAUGHTER releases like Stick it to Ya and The Wild Life on “Hey You” and emotionally-charged title track “Halfway There”, with a mature, progressive, Metal bent, evidenced on cuts like “Devoted”, “Conspiracy”, and “Reckless”.

Produced and co-mixed by Slaughter with John Cranfield (AFI, Andy Grammer), with art by famed horror/album artist “Mister” Sam Shearon (Rob Zombie, Iron Maiden, KISS, Clive Barker) HALFWAY THERE is slated to be released May 26th in North America by EMP LABEL GROUP/AMPED, and EMP/SPV in Europe, and May 10th in Japan via EMP LABEL GROUP/UNIVERSAL. HALFWAY THERE is available for pre-order now on CD and LP via empmerch.com

Slaughter will also play several US dates through 2017, including the OUTER BANKS MUSIC Festival April 28th, and a performance at ROCKLAHOMA May 26th.