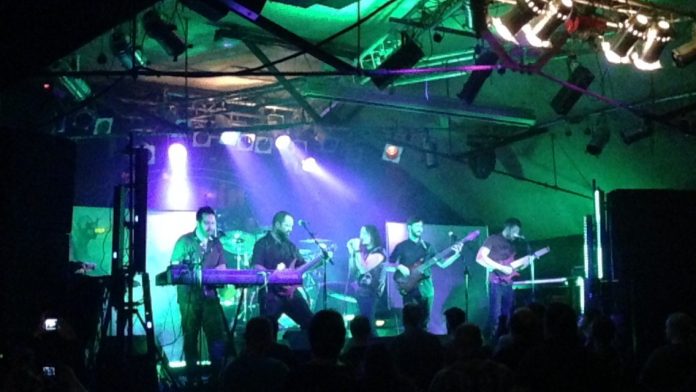 Garry Foster goes to check out Haken as their debut UK tour stops off in Bilston.

For a band on their debut UK tour Haken certainly don’t seem phased by heading out into the unknown.

They stroll out on stage to an appreciative applause, but it’s not a night for casual walk ups, this is a fans night.

The Robin wasn’t packed by any means but the crowd that ventured out on a chilly Autumn evening were treated to a fine set full of epic tunes.

The setlist was a good mix from the last few releases which included tracks like the wonderfully batty Prog epic ‘Cockroach King’ and the monster track “Visions,” the band even treated the audience to the brand new tune ‘Cystallised’ which clocked in at 20mins.

This is a band on the up, but more than that, this is a band who look at home in the live arena, I advise you to catch them as soon as possible, witnessing a band like this in a small venue is a rare treat, and I can’t see them playing the small venues for much longer!