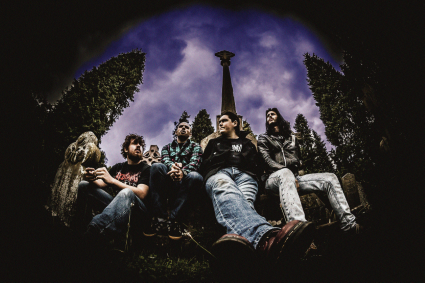 New EP out early next year

Fuzzy riff lords ‘1968’ blast their way to the forefront of the UK scene with their blistering self-titled EP out on Friday 15th January, via Black Bow Records and available through all digital platforms.

Although approximately 17,000 moons have passed since 1968 drew to a close, in 2013, the year 1968 was resurrected in the form of a band—a band who craftily fed from select recordings made in that year, as well as pulling influence from the heavier sounds produced later into the 70’s. The result is a retro outpouring of furious drums, throat-shaking bass-lines, bone-rattling riffs, and above all else, vocals that dance all over the top like fire spitting tornados.

The band were ignited two years ago when guitarist ‘Sam Orr’ and vocalist ‘J.R.’ met online and began talking about ideas regarding a more contemporary sound that still encapsulated aspects of what they admired from the heavy, psychedelic rock born back in the late 1960’s. The pair enlisted Tommy Drury to provide the engine for the band’s rhythm and the trio began to kick out the jams, but soon realised they needed a fully fledged bassist to achieve the sound they truly desired. Up stepped ‘The Bear’, a mountain of a man armed with four beefy 15” speakers. Drawing from his influences, stemming from Red Fang to Grand Funk Railroad, The Bear stamped his place within the camp immediately. 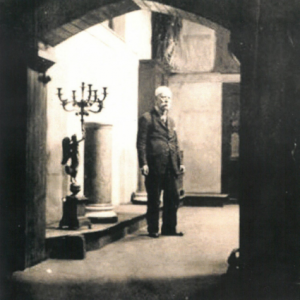 As a unit, 1968 thunder their way through material written with riffs, groove and cascading oceans of space noises coupled with copious amounts of fuzz. Powered by EL34 valves, Irish whiskey, Diesel, leathers and boots, 1968 are here to stay and they show no signs of stopping. With a brand new self-titled EP set to be unleashed in January, this record will devour you whole. The opening riff of ‘Marauder’ pounds at you like a wolf at your door – there’s just no denying this beast of a track. The swagger and Zeppelin-inspired groove of ‘Green Sails’ is next up, and hits you with an intoxicating riff assault and immense refrain served up by the industrious J.R. The closer, ‘HMS Conan’, is a fitting conclusion with its high velocity fused stoner rock that is an enthralling journeythrough the dark corridors of Sabbath and early Soundgarden. 1968 just hate standing still, so look out for tour dates through the Winter and beyond.