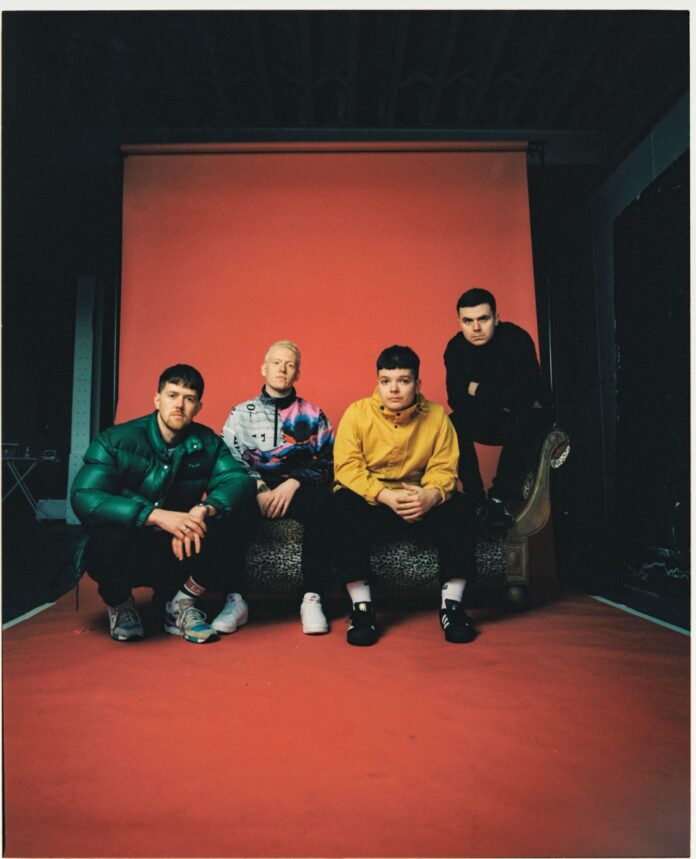 BIG IMAGE has shared another euphoric indie dance banger in the form of new single CRAZIER. Lyrically it’s an evaluation of dating in the modern day, as the band profess “This is modern love” above floating synths and bouncy percussion.

Bassist Luke Morris explains, “We wrote Crazier about two weeks before going into lockdown at our lock up and it instantly got us excited,” while vocalist George Johnson adds, “It’s about dating in the modern day; I’d go out with my mates, and they’d be talking about Tinder and flirting over Instagram and it’s just my take on that”.

The accompanying visuals, directed by Dora Paphides and shot at various festivals, depict the song’s narrative and the band’s ethos perfectly – vibrant, youthful and an abundance of fun.

“We wanted that DIY feel to the video, so we instantly liked Dora’s ideas and shooting techniques. We wanted people to look back on their summer festival moments but also to get people excited for future memories to come.”

Alongside the new single, the band have also announced their new EP, HUMAN TOUCH IS FOREVER, due for release on 27 April 2022. Featuring previous single Parallel Love Affair, as well as two new tracks – Something and Sleeping Alone – it’s a big milestone in the band’s career to date. Previously working under the name Ivory Wave, this will be the quartet’s first body of work as BIG IMAGE.

The announcement follows a highly successful 2021 for BIG IMAGE. Last year they played the This Feeling stage at the Isle of Wight Festival and, shortly after, a raucous, intimate hometown show at Birmingham Sunflower Lounge to celebrate their debut single release. They also appeared on Scruff of The Neck TV, featuring a live session and interview with Jack Wood from Radio X, and were chosen to appear in the Scotts Menswear nationwide autumn / winter campaign alongside Sam Fender and Bru-C. Now, with the countdown on to their debut EP, BIG IMAGE keeps getting bigger and bigger.

The band were previously known under the name IVORY WAVE and have already built a considerable live following through festival appearances and support slots with the likes of DMA’S, The Sherlocks and The Twang. The sudden pause in touring last year led to an opportunity to refocus, rebrand, and hone their sound into something altogether more ambitious for this year and beyond.

With their debut EP on the horizon and an album in the pipeline, BIG IMAGE is ready to reach anyone and everyone with an exciting array of unifying Saturday night anthems.