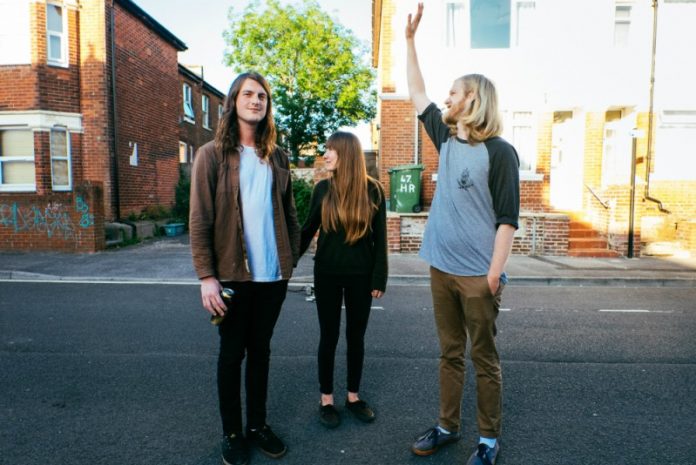 As Great Cynics prepare to hit the road for a significant run of tour dates across the UK and Europe with Jeff Rosenstock, they’ve revealed a brand new nugget of music which features on a flexidisc release they’ll be giving away for free with merch purchases at the shows. Their label Specialist Subject will also be distributing the disc with orders from their store. The track – ‘Beach Access’ – “was a harder song to write than anything on ‘I Feel Weird’,” vocalist / guitarist Giles Bidder explains, “it took a while before it sounded right. It’s about feeling paralysed with anxiety, feeling disconnected with what’s around you. When you use up all your energy on being scared, you’re left with no energy to do what you know would make you feel fulfilled. The name is from a photo I took of Bob a few months ago, which is also the cover.”

‘I Feel Weird’ is Great Cynics’ latest album, which was released via Specialist Subject last year. Based in London, Great Cynics take the hazy punk rock sound of The Lemonheads and mix it with Billy Bragg’s romance. They’ve shared stages with a multitude of like-minded groups including Against Me!, Deer Tick, Off With Their Heads, The Smith Street Band and Anti-Flag among others, with Jeff Rosenstock being the latest artist to take them out on the road. This is Great Cynics’ first UK tour since July last year. Stay tuned for more new music from the band in 2016.