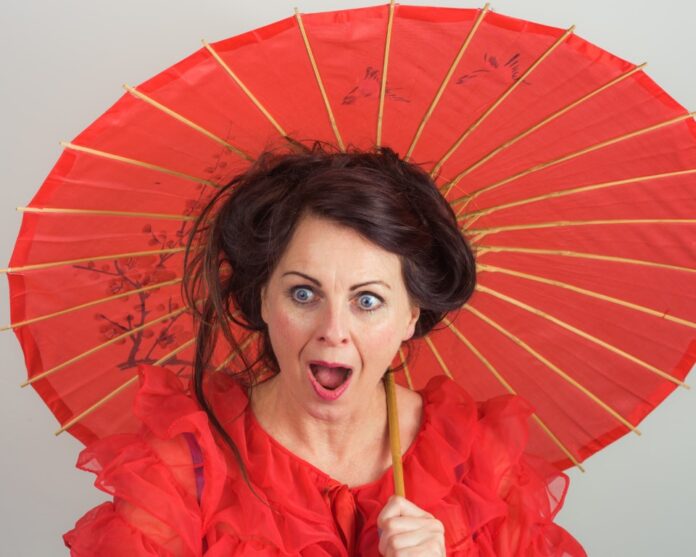 Sam Brown is delighted to announce that ‘Number 8’ will be released on 20 January 2023; simultaneously with the first single ‘Doll’. The ‘N’ of the title completes the series of six solo studio albums and one live album where the first letters spell out her name [this was coincidental up until the ‘R’ album ‘Reboot’ in 2000, but has been deliberately continued since].

This is her first studio album since 2007. The live album (her most recent release) ‘Wednesday The Something Of April’, features archive recordings from 2004, and was released in 2021. By this time Sam had accepted that the loss of her voice as it used to be, was permanent. How then, has ‘Number 8’ been completed? As Sam says herself, it’s required a little thinking outside the [voice] box.

Sam says, “When I began experiencing difficulties with my voice, obviously I started on a rigorous pursuit of answers! I worked with the top voice trainers, here and in America. I saw reputed Voice Doctors. I did Speech Therapy, Hypnotherapy, Therapy therapy! Yoga, acupuncture, nutrition, crystal healing… the list goes on! Nothing changed my inability to achieve pitch and closure simultaneously. A fundamental problem!

Along with my voice, my creative impetus also disappeared. I didn’t play anything or write anything. I didn’t want to. It was upsetting to say the least.  That is until Lockdown. My dear friend Danny Schogger suggested we try a little writing. Long story short, we tried and we did. It wasn’t an easy thing to do, and there were tears. Danny was amazingly patient, and we ended up with an album’s worth of tracks.

The actual recording was a wonderful revelation. All done on Skype and Zoom.  Danny did most of the instrumental side of things in his home, and I worked at home with my Melodyne programme. This has allowed me to sing something in any pitch and then move it to where I want it to be… and of course to tune it…. EssentialJ

It also meant I could add harmonies, double tracking etc. My brother Pete came on board at the mixing stage and fine-tuned what I had done already.  The end result is like nothing I’ve ever done before. In short, it’s all fake!!”

It is, in truth, an unexpected  return for Sam Brown but also an actual reclaiming of her voice. The songs here are personal and affecting. It’s an, in truth, unexpected return to the recording world for a singer who enjoyed huge success in her career. Sam’s debut album ‘Stop!’ sold over two and a half million copies and she has worked also as a backing singer for some of the world’s biggest artists [The Small Faces, Pink Floyd, Spandau Ballet and more], as well as now running a ukulele school!

‘Number 8’ is an ambitious project that proves the power of optimism and self-belief. Despite the loss of her voice, Sam Brown has recorded an excellent and contemporary sounding record that her fans will love. This album provides much more than a satisfying end to the S, A, M, B, R, O, W, N series! What comes next?