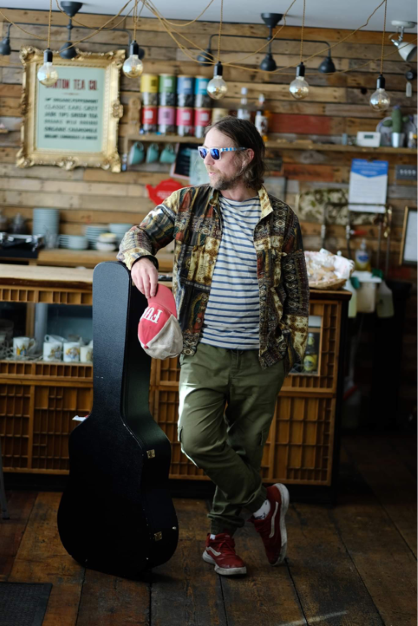 Tony Wright, Terrorvision frontman, proudly releases Buried You Deeper on Graphite Records.
Dark, vulnerable and desolate Buried You Deeper, is the first single from his forthcoming solo album, ‘The Anti Album‘, out on October 7th.
“Buried You Deeper is a bit of a country and west Yorkshire kinda tune. Its roots are quite deep and dark and when I first wrote it I thought that it was maybe a bit too dark… So I changed the lyrics up a bit and hopefully gave it a twist/alternative that people can hear and not be disturbed by it. I’d say if folk know the real meaning behind it then they will find that but for the more light hearted amongst us then hopefully it’s just a cool little cowboy song.” explains Tony.
Watch the Buried You Deeper video here: https://www.youtube.com/watch?v=L9U_wiUKtvc

Filmed in Margate by Leigh Brookes, Tony is joined by Milly “my long suffering mate” who also plays keyboard in Terrorvision.
Along with Buried You Deeper, The Anti Album features nine further songs and this truly honest record is the perfect manifestation of Tony Wright’s immutable wit, sadness, quiet anger and charm.
The Anti Album is available to pre-order in usual CD and vinyl, plus an exclusive limited edition red vinyl album, here: https://linktr.ee/Tony_Wright
To celebrate the release of the Anti Album, Tony will be playing 17 shows starting on the day of the album release at the Victoria Hall in Settle on 7th October and finishing on 6th November with a hometown gig at The Night Train in Bradford.