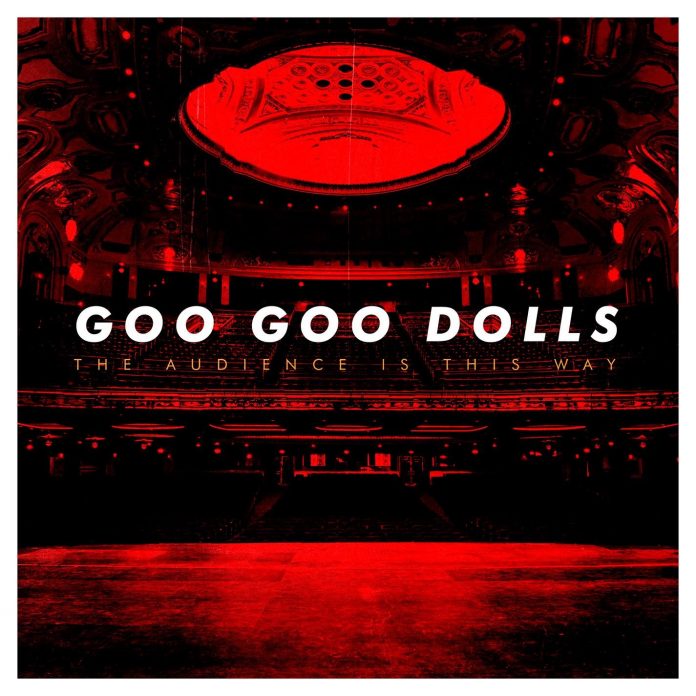 Multi-platinum, four-time GRAMMY-nominated band Goo Goo Dolls today announced The Audience is This Way, a 10-track live album recorded on the band’s recent tours. The Audience is This Way is due for release on July 21, 2018 via Warner Bros. Records and will only be physically available as an exclusive limited edition black vinyl at indie-retail stores nationally as part of Record Store Day Crawl. There are only 3,000 copies made of this pressing. The album will also be available for digital download and streaming on August 24.

The Audience is This Way was recorded by John Schimke, and was produced and mixed by John Rzeznik, Chris Szczech and Brad Fernquist. Filled with timeless hits such as “Iris”, “So Alive” and “Slide”, the album boasts never-before released live concert recordings of ten tracks spanning their full discography.

Recent praise for the band’s live show include: “Indelible melodies combined with intimate heartfelt lyrics” (The Independent), “Rzeznik and Takac may have grown older, but they haven’t outgrown their love of playing music for people” (The Oakland Press), “The energy and dynamic balance between Reznik and Takac provided a glimpse into the formula that has propelled the group to their success over the last three decades” (The Chattanoogan).

Last month the band announced that they would be embarking on the SiriusXM Presents: Goo Goo Dolls – Dizzy Up The Girl 20th Anniversary Tour, in celebration of the 20th anniversary of their iconic album, Dizzy Up The Girl. The band will be performing the record in its entirety at each show, followed by an additional set packed with surprises and more of their many unforgettable hits. All dates HERE.

A few London tickets are still available at £37.12 HERE.

The Audience is This Way Track-listing
Side One:
Long Way Down
Slide
Home
The Pin
January Friend
Side Two:
Big Machine
So Alive
Better Days
Iris
Broadway