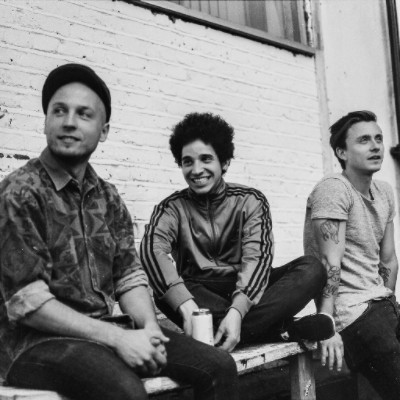 Londoners, lauded by the great and good, have a trio of gigs coming up

As is the story for many new bands, Cortes were born out of a vibrant London underworld of jam sessions and dark sweaty gigs. Meeting in 2012 and bonding over Hendrix, Zeppelin and The Rolling Stones, it wasn’t long before their insatiable desire to better their peers resulted in the official formation of ‘Cortes’, and so the tale begins…

Andy hailing from London, Sam from Devon and Marijus from Vilnius, Lithuania, set about writing and rehearsing a blistering set of groove laden indie rock tunes and in late 2013 it was time to bring it to the people, taking the stage in the notoriously busy, let alone difficult London scene. It didn’t take long for the band to start turning heads. Unleashing an early demo of one of their first tracks ‘Facing My Fear’ online in 2014, the track found its way to Zane Lowe on BBC Radio 1 and received airplay, with Lowe describing the band as ‘certainly, “better than good”.

Before too long – and with no formal release in place, no Facebook fans and no Twitter followers – Cortes had themselves radio play and a major publishing deal. No mean feat for a brand new band, and testament to the electricity the band channel with their recorded output and explosive live show.