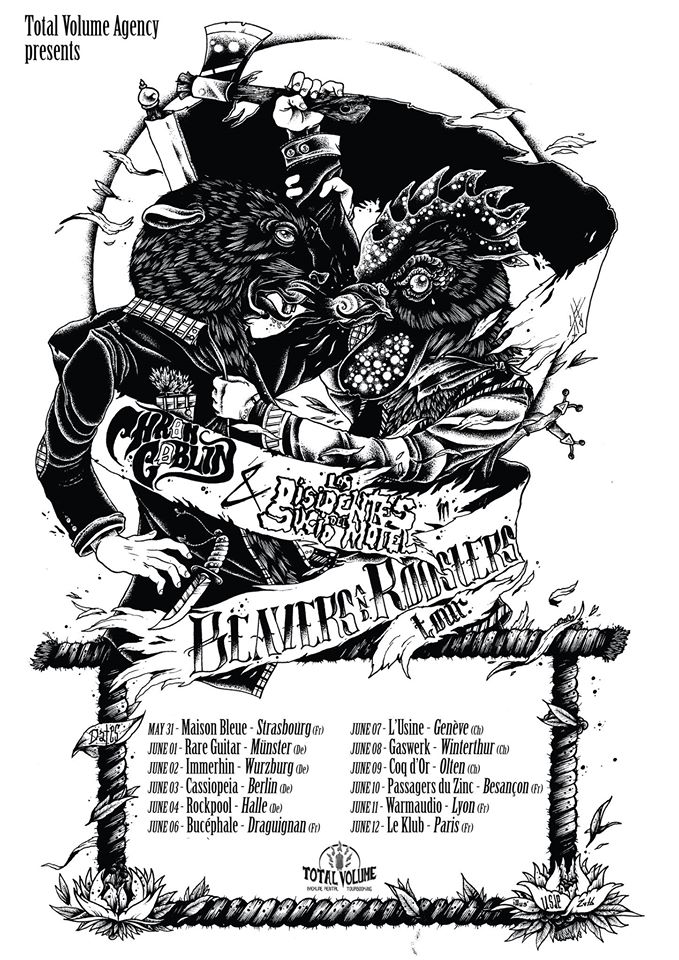 On tour from today

Two band infamous for their incendiary live shows.   Two bands from different continents. One record label uniting it all.   France’s Los Disidentes del Sucio Motel and Canada’s Chron Goblin will pull out all the stops as they storm through Europe on on their Beavers and Roosters Tour.  Stoner rock heaviness, metalllic mayhem at it’s best.  Don’t miss them.