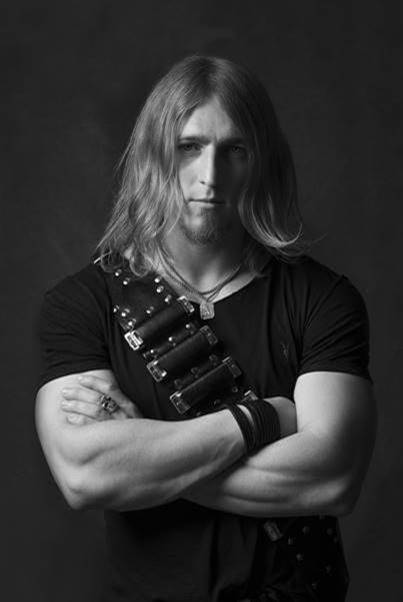 Will Wilde is announcing his much-anticipated new album, ‘Bring It On Home’, to be released on March 9th 2018.

He’s also premiering his new single and video ‘Parisienne Walkways’: a classic track by the legendary Gary Moore and Phil Lynott, given the Will Wilde treatment.

Wilde takes the harmonica and touches it like Midas, transforming it from its customary bluesy niche into a full-on rock powerhouse. In his skilful hands, the now not-so-humble instrument becomes a diamond-hard, razor-edged lead that knocks the guitar off its pedestal and steals the limelight.

Wilde first picked up his first harmonica at 16, at a house party. “I basically nicked it,” he admits, “It was a cheap plastic thing, just lying about amongst the drink bottles and cigarette butts, but I was drawn to it.”

At first, his music was steeped in Chicago Blues: “I used to play along to old Muddy Waters’ records for hours at a time,” Will recalls, “Sometimes, I played so much my lips bled.” However, mastering his craft, he wanted to push the instrument to its limits. “I wanted to know everything it could do; every sound it could make. After a while, it became an extension of me.”

As an extension of Will Wilde, the harmonica became a lead instrument for hard rock as he developed his own, more aggressive style. Wilde has gone the extra mile and created his own signature harmonica tunings, so he can hit notes that simply weren’t possible before. “The Wilde tunings help me take things to the next level,” Will explains, “I can hold my own with any rock guitarist.”

‘Bring It On Home’ is a covers album: a passionate tribute to British and Irish blues-rock legends: “It’s my way of repaying the originators of British rock: bands like Free, Deep Purple and Led Zeppelin,” as Will put it himself.

The 11-track album was recorded at Brighton Road Studios, mixed and engineered by Ali Gavan, and produced by Will’s bandmate and virtuoso guitarist, Danny Giles.

‘Parisienne Walkways’, the track and video Will is premiering, shows the raw power and expressive range of his chosen instrument, not merely echoing the sound of Gary Moore’s amazing guitar style, but making the song Wilde’s own.

Check out this amazing track, as a sample of Will Wilde’s virtuoso work

For more information visit Will’s website at https://www.willharmonicawilde.com and find out why Thomas Ruf (of Ruf Records) called this man ‘The Hendrix of the Harmonica’.