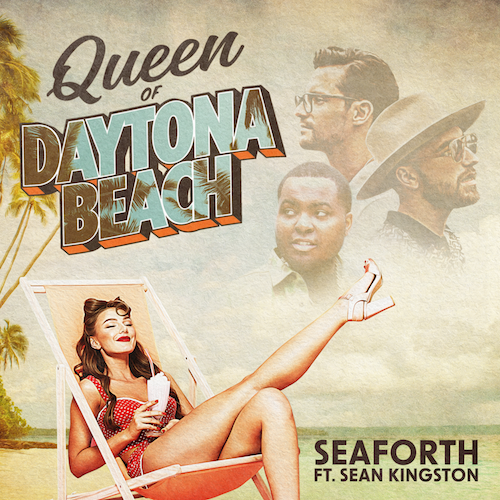 Named from the Sydney, Australia suburb where they met as children, Tom Jordan and Mitch Thompson of Seaforth sat down with friend and collaborator Rocky Block one day during the Pandemic, and together penned a tune about a place they’d rather be – the beach. They found themselves drawing inspiration from Kingston’s 2007 hit “Beautiful Girls,” and wondered, “Wouldn’t it be crazy if we somehow could get Sean Kingston on the song with us?” The duo managed to pull it off.

“Growing up, we remember seeing the ‘Beautiful Girls’ music video on TV all the time. It kind of became like a classic for people our age,” Jordan and Thompson said. “Referencing ‘Beautiful Girls’ in our song gives it that nostalgic feeling and it takes us back.”

The addition of Kingston on the track “takes it to a new world” they added. “Sonically, it’s so different from anything that he’s done, but I think it kind of makes it cool. He completely elevated the song.”

Produced by Jordan almost solely on his laptop, the song is what they liken to a “California Girls” for Florida. “There’s ‘California Girls,’ ‘Empire State of Mind,’ and ‘Sweet Home Alabama,’ so this one’s for Florida. Florida is beautiful and we’ve spent a lot of time there,” Jordan and Thompson said. “We got to perform ‘Queen of Daytona Beach’ live for one of the first times on the beach in Florida when we played Tortuga Music Festival a couple months ago, which was a really cool moment.”

“Queen of Daytona Beach” is the follow up to “Good Beer,” the duo’s collab with Jordan Davis, which MusicRow called a “sunny, bouncy outing [that] will have you feeling like springtime, or at the very least will leave you with a big smile on yer face.” Seaforth made waves in 2021 with the release of their “poignant and emotional ballad” (Wide Open Country) “Breakups,” which they co-wrote with Liz Rose and Cameron Bedell, and self-produced from their at-home studio during quarantine.

Following their appearances at C2C: Country to Country in London, Glasgow and Dublin earlier this year, the breakout duo will be heading back across the pond in August to support Chris Young on all dates of his UK tour and to perform on the main stage at The Long Road Festival – full dates can be found below: