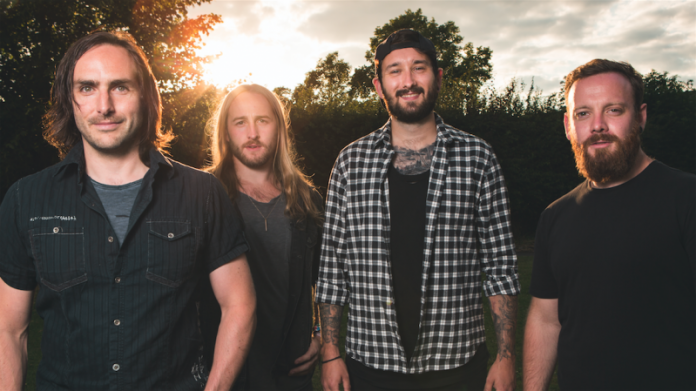 Featuring scorching riffs, thundering breakdowns and soaring guitar solos, ‘I Want More’ is a ferocious blast of modern rock, with an old-school twist, and a testament to the band’s undeniable drive for creating infectious grooves and big sing-along choruses, all delivered with plenty of attitude.

The band explains, “‘I Want More’ is a song about the determination, fight and passion we inject into our band and for the desire to make our voices heard”.

Go Primitive first stepped on to the scene with their 2014 self-released Blueprint EP and in 2015 released the follow-up EP100 Ways, which was also produced by Dodangoda and was received with rave reviews. Over the past two years the band have secured plays on Radio 1, Kerrang! Radio and BBC Radio 6 Music, and enjoyed regular airplay on Scuzz TV with their single ‘In A Band’.

They have also built up a sizeable live following, igniting rousing receptions at their headline shows, and supporting the likes of Mallory Knox, We Are the Ocean, Fort Hope, The Subways, Lonely The Brave, Hawthorne Heights, Crazy Town, Terrorvision and Yashin.

In 2016 the quartet played their biggest show yet for BBC Introducing at Glastonbury Festival to a packed out tent, which was broadcast on the BBC’s ‘red button’ feature, and they also performed at this year’s Camden Rocks Festival.

The band having been touring relentlessly across the UK and have announced further dates throughout August. Full details below.