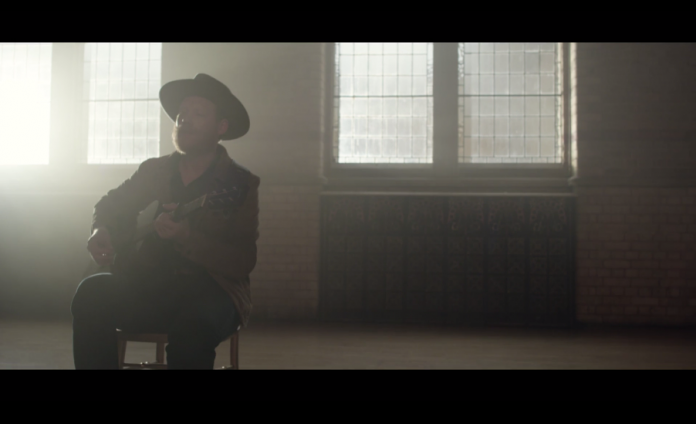 One of the first songs written for the album it is described by the musician as “a faithful friend”, as he explains: “for whatever reason this song seems to resonate with folks. They connect with it, and latch onto it which, as a songwriter, is a beautiful and humbling thing; that’s what it’s all about.”

Filmed at the historic Langdon Down Centre, and produced and directed by Kenny McCracken (Rag ‘n’ Bone Man, Turin Breaks, Aurora), the single-shot video captures a beautiful, simple performance and portrays the warmth and reflective nature of the track.

The past few months have been quite a ride for Jarrod. ‘Ready The Horses’ was originally due a March 2017 release, and early reviews had proved the album a critical success. Jarrod was all set to reveal the fruits of his labours to the public when, after his fifth headline UK tour, he caught the attention of Decca Records and ‘Ready The Horses’ was picked up for a September 29th release.

Storytelling is something of a Texas tradition. Tall hats and even taller tales are woven into the fabric of The Lone Star State, and singer-songwriter, Jarrod Dickenson can spin a yarn with the best of them. Hailing from Waco, now based in Nashville via Brooklyn, Jarrod spends most of his time on the road bringing his own particular brand of soulful Americana to music loving audiences around the globe.