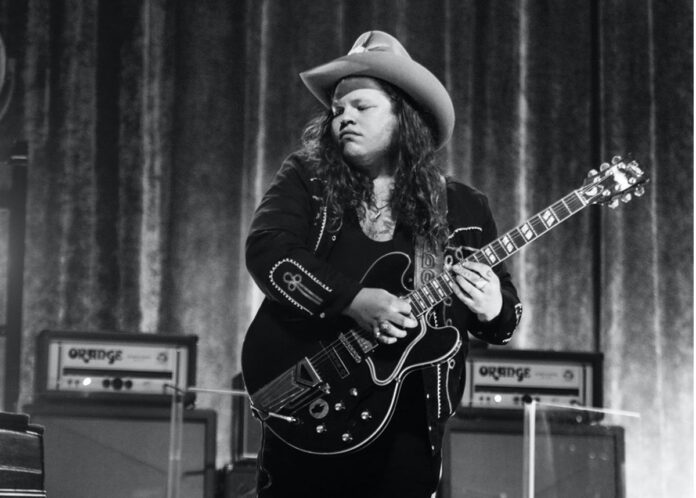 On the session, King stated, “Recording music at Electric Lady Studios was like a religious experience for myself and the band. We were greeted at the door by our dear friend and engineer William Garrett at the iconic entrance way of the studio. The downstairs neighbours complained about the guitar amplifiers in the bathroom, it was a dream recording session!”

He continues, “The songs were chosen carefully by myself and the group to fully represent all we can do musically. We started the day performing the opening track of Young Blood, ‘It’s Too Late’, this time with a brass section. ‘Crazy’ by Gnarls Barkley has long been a cover we’ve performed on rare occasions. It seemed befitting given the lyrical content of the most recent album, and where I was mentally at the time. We wanted to add a different spin to it so we decided to intertwine Fela Kuti’s ‘Zombie’ within our own take of ‘Crazy’. We hope you enjoy it! Thank you to Electric Lady Studios and Spotify for the hospitality!“

These new songs, exclusive to Spotify, feature the esteemed Marcus King Band, cut while in New York on an arena tour with Chris Stapleton in 2022. Spotify Singles have generated six billion streams since the program began in 2017, and were created to give artists an opportunity to record new versions of their own songs, the songs of the artists they love, or an original song.

The release followsYoung Blood, King’s critically acclaimed album which is out now on American Records/Republic. With this album King continues to tear up the rulebook, with a timeless sound and a singular voice which have established him as one of the most soulful vocalists of his generation.

He will be bringing his stadium-sized show full of country, soul, blues and rock’n’roll to the UK and Europe next March. Catch him and his band at the shows below: