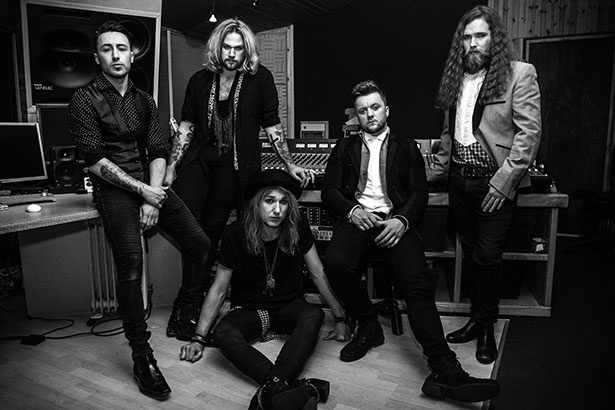 Frontiers Music Srl is delighted to present one of the most talented new Hard Rock bands to emerge from the British underground scene: INGLORIOUS!

INGLORIOUS are five young men with a mutual love and respect of the classics of Hard Rock music, big guitar riffs, and soulful vocals. Their influences stem from iconic rock and roll shrine of Rock albums from the 1970s – many years before the band members were born.

Formed in February 2014, the band is fronted by Nathan James, who made a name for himself having sung for the multi-platinum selling Trans-Siberian Orchestra, and Scorpions guitar legend Uli Jon Roth. Nathan was looking for like-minded musicians that desired to make incredible rock music in a very honest fashion.

Inspired by musical giants such as Deep Purple, Led Zeppelin, Whitesnake, Bad Company, Aerosmith, the band has recently completed the recording of their self titled debut album which will see the light of day in February 2016.

The band’s song “Breakaway” has already found its way onto Planet Rock’s playlist.

Inglorious will appear live at the Planet Rockstock Festival in Trecco Bay, UK on December 4th and are working to set more shows around the release of the album.