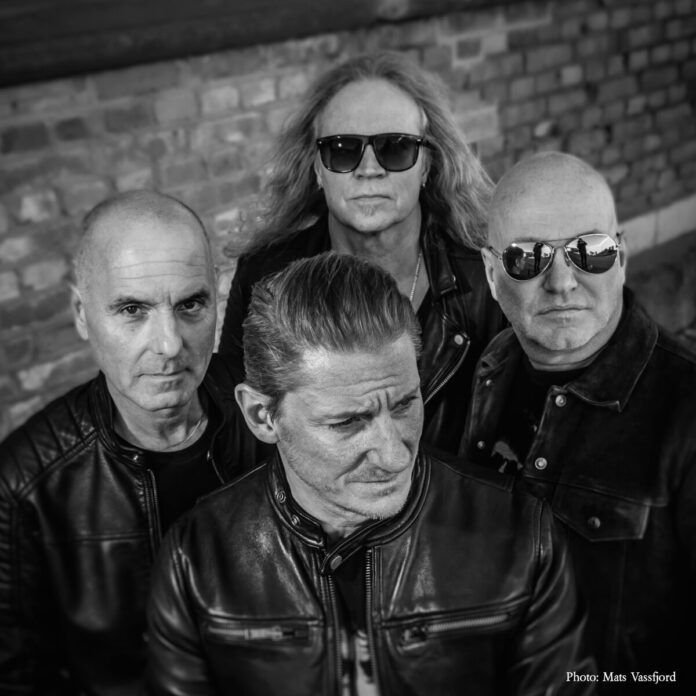 Black Paisley from Stockholm, Sweden has since the start 2015 reached almost 10 million spins on global streaming services, although still an independent act. By many seen as one of the big inheritors of Classic Rock in the line of bands like Whitesnake, Scorpions and Y&T.

In 2017 the band debuted with the album “Late Bloomer” that had success among critics and bloggers, which was followed by “Perennials” in September of 2018.

In the summer of 2020, Franco Santunione from Electric Boys joined on guitar for the 3rd album “Rambler”. During 2021 and 2022 the band‘s been working on their new upcoming full-length album, Human Nature, as well as touring summer festivals.