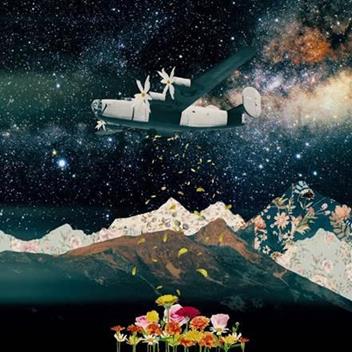 “Every Little Moment” and “Freedom” reflect on the collective anxiety felt during a time of uncertainty. Although the writing began several years ago, the tracks are timely in today’s world, and offer a peaceful sense of comfort to help listeners feel less alone.

Hope was the prevalent theme when Lennon performed his father’s iconic song, “Imagine,” for the first time publicly during the Global Citizen Stand Up for Ukraine! Social Media Rally. The campaign raised $10.1 billion euros for Ukraine aid.

Lennon says, “The War on Ukraine, is an unimaginable tragedy… As a human, and as an artist, I felt compelled to respond in the most significant way I could. So, for the first time ever, I publicly performed my Dad’s song, ‘IMAGINE’.

Why now, after all these years? – I had always said that the only time I would ever consider singing ‘IMAGINE’ would be if it was the ‘End of the World’…

But also because his lyrics reflect our collective desire for peace worldwide. Because within this song, we’re transported to a space, where love and togetherness become our reality, if but for a moment in time…

The song reflects the light at the end of the tunnel, that we are all hoping for…

As a result of the ongoing murderous violence, millions of innocent families, have been forced to leave the comfort of their homes, to seek asylum elsewhere.

I’m calling on world leaders and everyone who believes in the sentiment of ‘IMAGINE’, to stand up for refugees everywhere!

Please advocate and donate from the heart. #StandUpForUkraine”

Lennon and Justin Clayton share production on JUDE, which will be released later this year.

To listen to ‘Every Little Moment’ and‘ Freedom,’ click here.