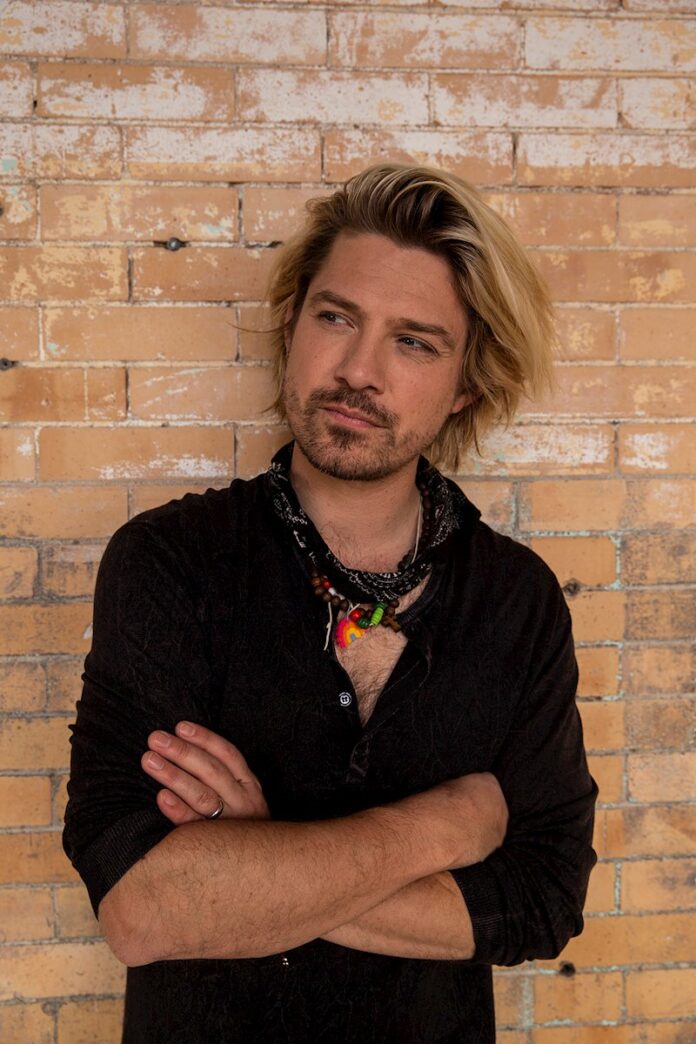 Diamond-selling recording act AWOLNATION today dropped an infectious cover of Madonna‘s classic “Material Girl,” along with Taylor Hanson of pop music sensation Hanson. The indie-infused production is the latest offering from AWOLNATION’s upcoming covers and collaborations project My Echo, My Shadow, My Covers and Me, out May 6 via Better Noise Music. The album’s track listing was revealed earlier this winter and includes collaborations with Beck, Jewel, Portugal. The Man and more. The project is a collection of masterfully crafted and carefully curated covers, with each track featuring at least one acclaimed musical artist with whom AWOLNATION’s founder Aaron Bruno has a personal connection. The aim of the project is to illustrate the healing power of music. Pre-order the album across platforms starting today HERE.

An official music video for the song also premiered today, continuing the album’s aim to take listeners on a nostalgic journey. An homage to the 1980s original release of “Material Girl,” the visual showcases an eclectic collection of 80s futurism and vintage TV clips, which are woven together to provide creative commentary on the song’s exploration of consumerism. Watch it HERE.

Commenting on the song’s release, Bruno, AWOLNATION’s frontman, said the following in a statement, “Taylor Hanson is a very very good singer. And an amazingly kind person. I asked him to try ‘Material Girl,’ and he was definitely thrown off by it at first, but after hearing the final product, I am so happy I convinced him to do it!”

Taylor Hanson added, “My first introduction to the project was simply the idea of working on an unexpected cover song, and a project that would have many different collaborators as a part of it, and that had my interest. The song ‘Material Girl’ was surprising on several levels, because it’s a song I would never expect either AWOLNATION or HANSON to cover. I loved the challenge of covering the song and staying true to the composition, while giving an authentic interpretation that I was proud of. I think the combination of the track Aaron built and the vocal arrangement I was able to contribute is a dynamic combination.”

AWOLNATION’S first official offering from the project, a powerful reimagining of Scorpion’s “Wind of Change,” featuring Portugal. The Man and Brandon Boyd of Incubus, earned over 1M streams in its first month of release and was accompanied by a striking visual directed by Amalia Irons. The video’s imagery depicts waves of nostalgia, weaving together different scenes that explore the full spectrum of how the passing of time impacts everyone. WATCH NOW. In their exclusive reveal of the album’s title and release date, Billboard spoke with Bruno about his core mission for this collection of songs and collaborations: to illustrate the mental health benefits music brings and the connection within the artist community. Bruno will continue tackling this subject head on in a series of in-depth conversations with his collaborators throughout the album’s campaign.

In February, AWOLNATION dropped “Beds are Burning (Featuring Tim McIlrath of Rise Against),” another track from the album which gives a futuristic, raw, and gritty twist to the 1987 Midnight Oil classic. A hypnotic and visually stunning animated music video was also unveiled to accompany the “Beds Are Burning” release. Showcasing a series of futuristic funky visuals, it amplifies the next-generation approach to the reimagining of the song. The credits for the project are as follows: Directed and Edited by Jason Michael Hall, CG Assets; Editing and Compositing: Gingerbear Haus Studio Motion Capture Performance; Actors: Aaron Bruno and Jason Michael Hall.  WATCH NOW.

AWOLNATION is partnering with The Jed Foundation (JED) to continue having and amplifying conversations about music’s healing power, which started during the height of the 2020 pandemic. On social media, Bruno spoke about the topic with a myriad of artists across genres, many of whom became his collaborators on this project. These initial conversations sparked the partnership with JED, which is a leading mental health nonprofit. Both parties are excited to use the album release to continue shedding light on this important topic, and a portion of the proceeds from the album will go to JED’s mental health awareness efforts. More information about where and when fans can hear these conversations will be revealed in the coming weeks.

“Through our work, we see daily how starting conversations and sharing stories can break down the barriers and misunderstandings that leave too many people struggling in silence,” said John MacPhee, CEO of The Jed Foundation. “Music is such a powerful mental health vehicle and we are excited to partner with Bruno to amplify this impact.”

To follow the covers project, AWOLNATION is currently working on a new album with original music, after most recently celebrating the 10th anniversary celebration of the group’s platinum debut album Megalithic Symphony, which spawned the rare DIAMOND-certified “Sail”, and releasing their 2020 album ANGEL MINERS & THE LIGHTNING RIDERS. Featuring the hit single “The Best” and collaborations with Rivers Cuomo of Weezer and Alex Ebert of Edward Sharpe & the Magnetic Zeros, ANGEL MINERS was the band’s first album after signing to Better Noise Music and was praised by both critics and fans upon release.MY ECHO, MY SHADOW, MY COVERS AND ME Tracklisting
Beds Are Burning (featuring Tim McIlrath of Rise Against) Eye In The Sky (featuring Beck) Take A Chance on Me (featuring Jewel) Maniac (featuring Conor Mason of Nothing But Thieves) Just A Friend (featuring Hyro The Hero) Material Girl (featuring Taylor Hanson of Hanson) Wind of Change (featuring Brandon Boyd of Incubus & Portugal The Man) Waiting Room (featuring Grouplove) Drive (On digital only) Flagpole Sitta (featuring Elohim) Alone Again (featuring Midland)