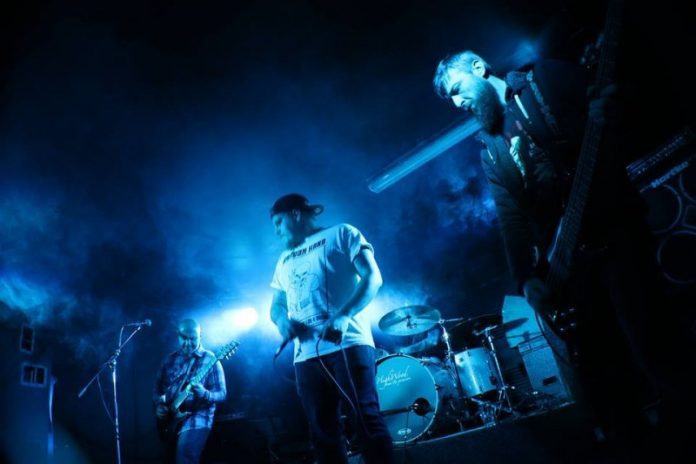 March 29, 2016
Reading time: 1 min.
Facebook
Twitter
Pinterest
WhatsApp
Linkedin
Email
Print
Telegram
Copy URL
By Andy Thorley
New home for Yorks prog metal band – and there’s a free EP too
Broken Road Records are delighted to announce that Progressive Metal outfit Autumn Ghost have signed with the label for the release of their Brand New album which is due out Late 2016.
Said James Hart from Broken Road: “We are delighted to have the guys on board and look forward to a long and successful partnership together.”
“Super excited to be working with Broken Road Records! Looking forward to whatever this Union brings our way!” – Autumn Ghost
Formed in a Muddy field in 2012 and completing the line up in 2013. Autumn Ghost, hailing from Wakefield,UK, are a Progressive Metal outfit with a wealth of experience, having supported the likes of “He is Legend” and performing on Download festival’s Boardie Takeover stage.
The four piece have so far released their debut EP “Astral” and are currently recording their first Album, due for release Autumn 2016. In the meantime their 2nd EP “Paint A Blue Sky” is released on May 6th 2016 and will be available from all major online stores.
The bands debut EP “Astral” is available for FREE download via the store at www.brokenroadrecords.com
Previous article
Join The Dots
Next article
Ain’t Life Grand