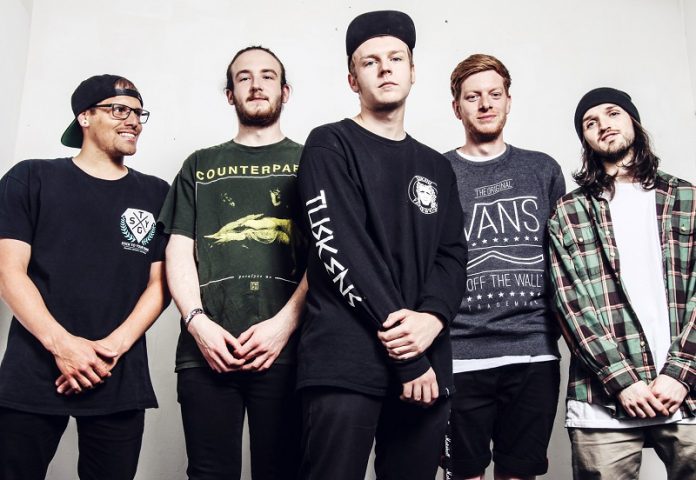 So good they did it twice

“We have a lot of love for Introspective Pt. II, it’s a song the entire band genuinely relates to and it encapsulates the feelings of us all. It’s a very stripped back version of what we usually are, so we also wanted to make a video for it to emphasize this,” explains Ash Wain, drummer of Nottingham Pop Punks Catch Fire, of new single ‘Introspective Pt II’. As heard on their debut EP ‘The Distance I Am From You’, released earlier this year via Rude Records. Ash also reveals: “Fun Fact: This video was filmed twice! We traveled 200+ miles to film it, and when we got back our videographer messaged us to say the footage was lost as his SD corrupted… So, we went back a couple weeks later and shot it again!”

The video’s release follows on from the recent unveiling of their cover of Alessia Cara’s smash hit ‘Wild Things’. Mixing up the original song, to give it their own distinct pop punk spin, the track is available for purchase in a bundle with Introspective Pt II here.

Aforementioned EP The Distance I Am From You, boasts bangers such as infectious as future floor filler, ‘Bad Behaviour’, and the soaring, emo-tinged ‘Anaesthetic’.  If you aren’t already familiar with them, the lads of Catch Fire: Guitarist Tim Bell, vocalist Miles Kent, guitarist Neal Arkley, drummer Ash Wain and bassist Joseph Ryan Askew; are a posi pop-punk proposition formed earlier this year from the ashes of local heroes, Layby. Bell states of their intent: “As cliché as it sounds, we just want to play our music to as many people as possible before we keel over and die; We have a burning desire to write and play music. It’s really as simple as that.” And so to fulfil their burning desire of playing music, the quintet have also revealed an extensive run of UK dates in October and November, which will see them co-headlining with These Minds.